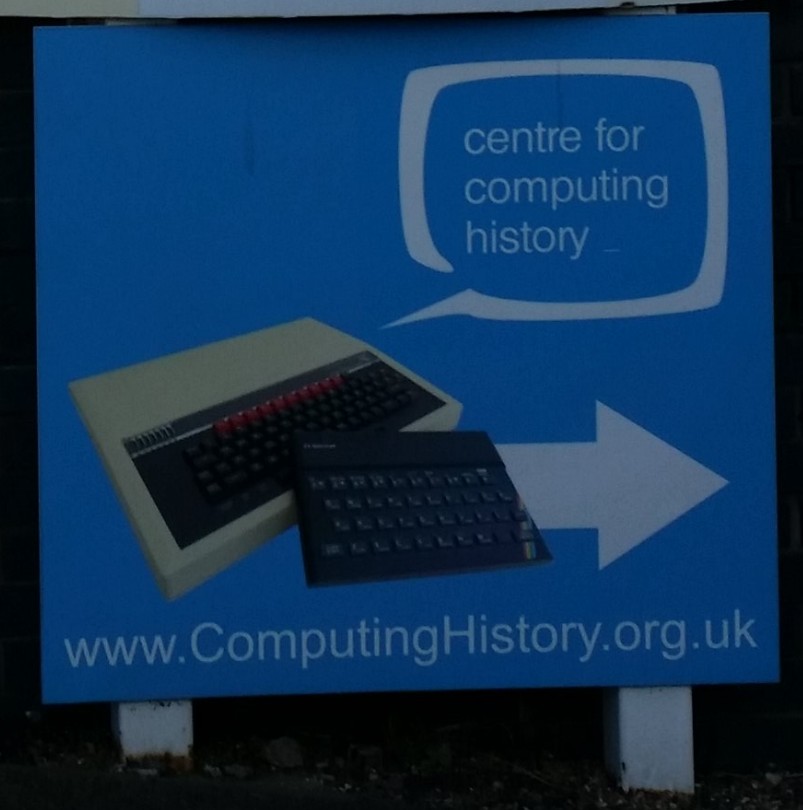 A few days ago on a sunny but freezing cold Friday afternoon I had a few hours to visit the Centre for Computing History in Cambridge. I was very much looking forward to it as the first computer I ever programmed on was a Sinclair ZX80 that was built in the UK back in 1980 by Sinclair Research. Little did I know at the time where this computer was designed and that the UK was quite a phenomenon in Europe back then as it had a vibrant home computer industry. Sinclair and Acorn where the most well known Cambridge based home computer companies but there were dozens of others at the time.

The two computers in the picture above are part of the exhibition and typical models of computers that were available at the time. The computer on the left is the BBC Micro by Acorn and the one on the right is unmistakably the ZX80 that I remember so well. The ZX80 came with 1 kilobyte of RAM that is inconceivably little from today’s point of view but it did have a built in Basic interpreter. So for the first steps to discover how computers worked it was a great device! 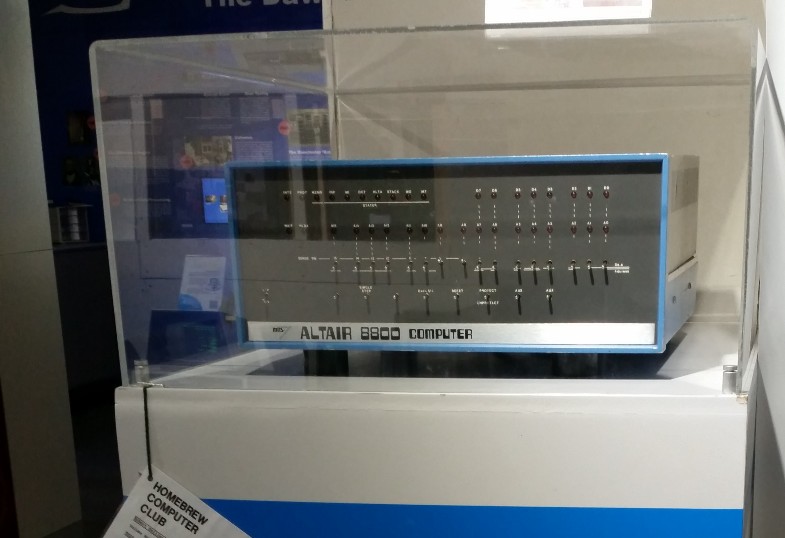 After the ZX80 I moved to a Commodore 64 which again, compared to today, was very limited. Every now and then I muse about how great it would have been in the 1980s to learn how computers work if today’s technology had been available then. But when thinking about it more closely, that’s not necessarily quite true. For one thing when you look back from a 1980s perspective, that decade wasn’t too bad for learning about computers at home at all. Only go back 10 years and the best you could have had then was an Altair 8800 (the picture on the left is the Altair the museum has on display) which didn’t even have a screen and keyboard yet. It’s unlikely the Altair would have ever found a way into my teenager bedroom, it was too rare, too expensive, built too far away and my parents would have known even less about computers and why a teenager should have one.

Another reason why the 1980s were ideal for teenagers to learn about computers was that while home computers by the mid-1980s were used by most as game machines, they were initially conceived as devices to be explored. This becomes immediately apparent as the first thing after switching on any 1980s home computer is that a BASIC prompt shows up and one can start programming right away.

A decade later, home computers were a thing on the past. Graphical user interfaces on standardized PCs made computers much more appealing to those who just wanted to use rather than understand the computer and as time went by it became increasingly difficult to use a computer to learn how it works. Things only improved again a few years ago when the Raspberry Pi revolutionized bedroom computing again by bundling cheap hardware and open source software to let kids (and grown ups) explore once more how computers work in an easy and hands-on fashion. The museum has a recreation of a classroom of the 1980s with working BBC Acorns side by side with Raspberry Pis connected to TFT flat screens and keyboards that are also ready to be explored. Many computers of the museum are still in a working state and wait for visitors to explore them as well with the original manuals close by to get one started again. While sitting in front of a ZX81 I was immersed quickly and before I knew it I loaded a program into it from cassette tape, which is something, as you might imagine, I haven’t done for quite some time!

To prepare myself for the visit I did some background reading on the web, on Wikipedia, and I watched quite a number of videos on Youtube from and about the 1980s about Sinclair and Acorn in Cambridge, home computing and BBC computer literacy program. Here are my suggestions if you want to delve into that period of computing:

Should you be interested in computing history (which you certainly are if you’ve made it down to these lines) and happen to be near Cambridge at some point, the Centre for Computing History is a must see! While taking a break I noticed that the museum’s souvenir corner had one last BBC micro:bit available and with several ideas of what I would like use it for springing up in my head instantly, I couldn’t resist taking it home as a souvenir and as another IoT exploration platform.