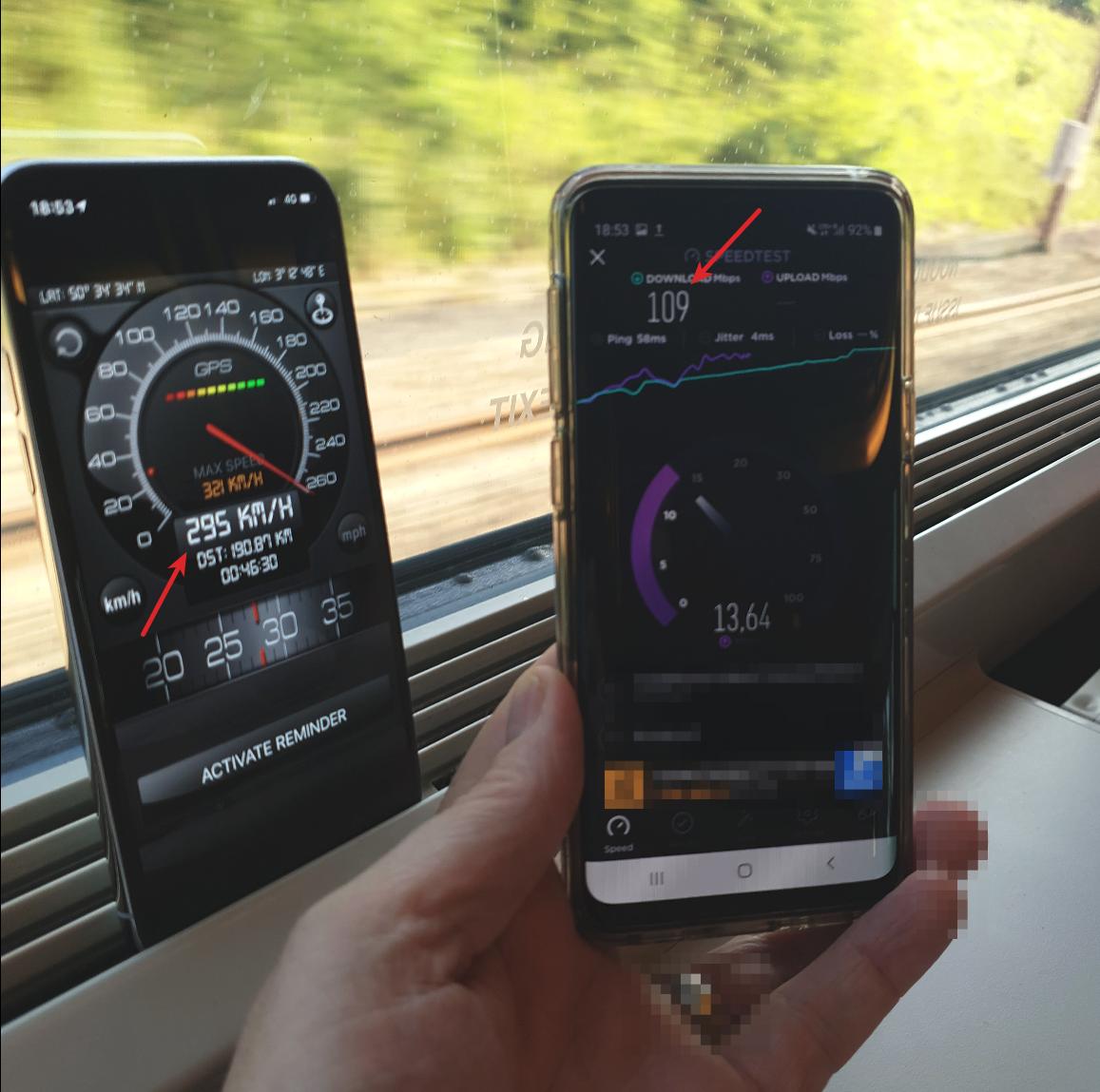 A bit of different personal speed record today: When I was recently on a high speed train between Cologne and Paris, I was surprised when a speed test gave me well over 100 Mbit/s in the downlink direction when the train raced through the French countryside at almost 300 km/h.

Even while the app was still testing the uplink speed, which was quite impressive at 13 Mbit/s as well, I took a picture that shows the combination of train and data speed as shown on the left. I should then have taken a closer look at how much spectrum was used to achieve but unfortunately I didn’t.

The graph also shows that the 109 Mbit/s measured where not just a quick peak but the sustained datarate for quite a few seconds. This answers questions on the potential performance of LTE at very high speeds quite nicely! On the other hand it also needs to be said that during most other times when the train was not close to a cell site, speeds where much lower but usually well over 10 Mbit/s. And the train was packed with people so I was not the only one using the network at the time! Everything obviously depends on the train and how well signals get through the windows or are repeated in the carriages and the cell site distribution along the tracks. And on this high speed line between Germany and France, coverage in Belgium and France is really exceptional.

But back to this speed result. If you are interested in just where this result was achieved, have a look at the left device, it shows the coordinates the train was at the time. Here’s the visualization on Openstreetmap.org.