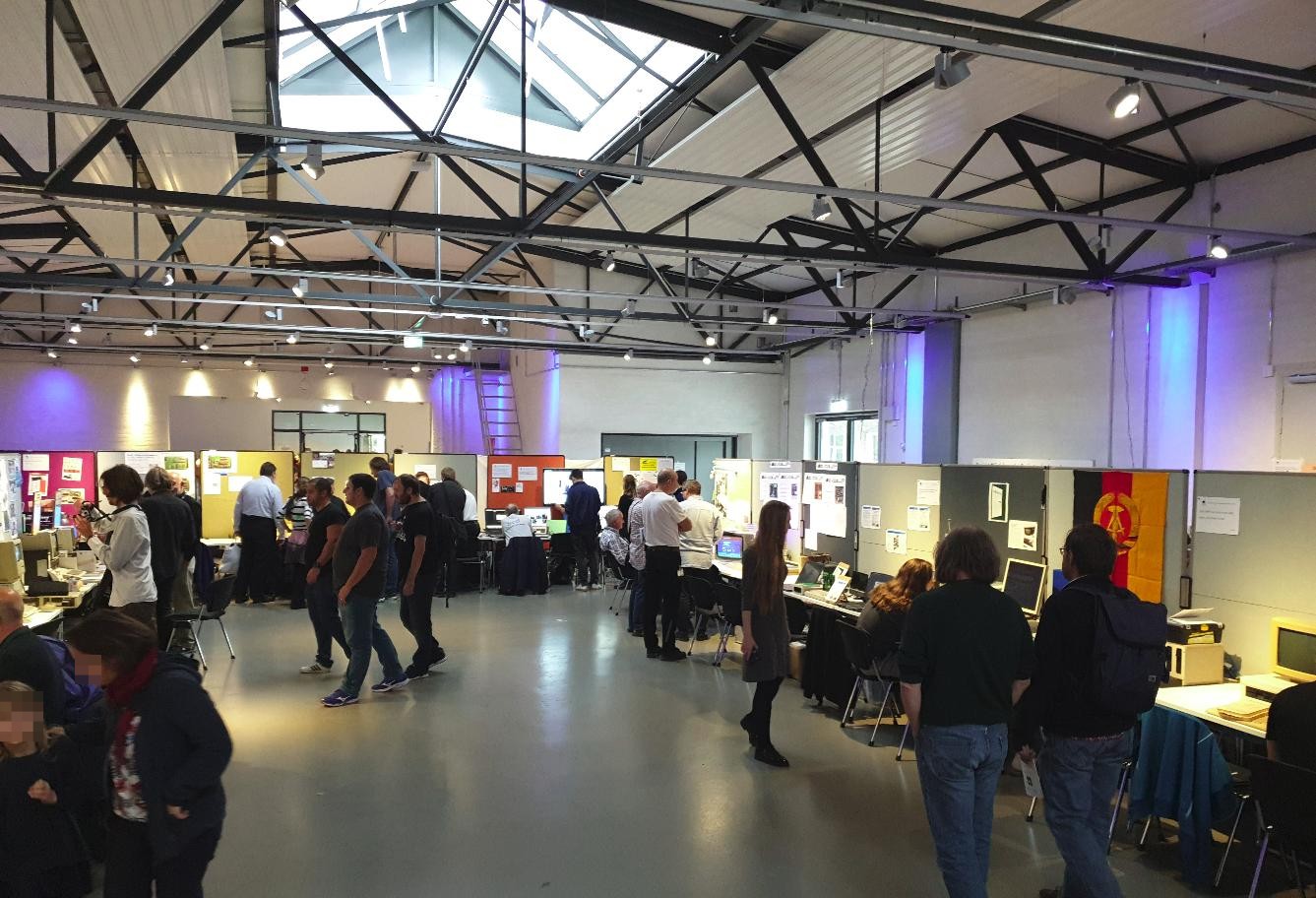 Earlier in October I spent a weekend in Berlin again to be part of the Vintage Computing Festival Berlin. This year, I did not bring along an exhibit or give a talk but rather decided to help a bit with organizing the event. A most gratifying experience and of course there was enough time to talk to a lot of people and learn new things. Here are some impressions.

Over the course of this year, I’ve been looking a bit into mainframe and mini-computers of the 1960s and 1970s, especially DEC’s PDP range of computers. When looking at the PDP-8 in particular I always thought of it as a pretty powerful machine given its size. But when looking more closely I noticed that is not really the case, despite its size. There wasn’t really an ‘operating system’ for the machine if you define the term operating system as something like CTSS, Multics or Unix. One particular exhibit at the festival that was very interesting to me in this regard was a PDP-8 clone that two students built in 1976 at a German university with a chip from Intersil that implemented a PDP-8. The picture on the left shows their machine that still works today which they operated at the time with a teletype terminal that they picked up when it was decommissioned elsewhere. More pictures can be found here. When I asked them why they built their computer they said ‘because we wanted to have our own computer’. Programs were available on tape from the neighboring department that had a ‘real’ PDP-8. Like the original PDP-8, their clone had 4 kwords of 12 bit memory which corresponds to the 12 bit address architecture of the machine. 4 kwords of memory, that’s not very much if you want to have an operating system on it. What I also found interesting in this regard is that this shows that many people where actually building their own computers by the mid- to end 1970s and the MITS Altair 8800 did not come out of the blue.

There were obviously many other very interesting things to see on the stands of the other 45 exhibitors and I also learnt a lot in the talks I attended. Too many things to just list them here. The PDP-8 clone exhibit, however, was the one that inspired me the most. Videos of all talks are available on media.ccc.de but the majority, except for example the talk on a new B-compiler for the PDP-8, are in German. Enjoy!