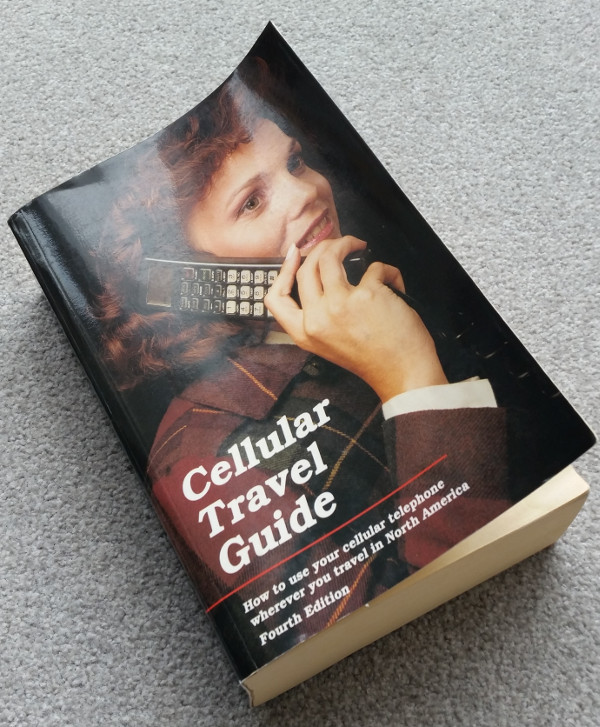 We have a book exchange shelf at work where people can put books they no longer need and can take out other books in exchange. Recently I found the “Cellular Travel Guide”, a 1000+ page book published in 1993 that is about how to roam in the US with your mobile phone. A fascinating historical read that takes you back 20 years to a mobile world that hardly seems real from today’s perspective.

No, there was no Internet then in everyday live of most people, much less a mobile one. This 1000+ page book is only about making and receiving phone calls on your mobile phone when you are not in your home city. As is also explained on the AMPS (Advanced Mobile Phone System) page on Wikipedia, the US was split into hundreds of cellular ‘markets’ the size of a city. Each market had two mobile carriers, called A and B. As soon as you were out of your city, you were roaming and had to pay extra. The second image on the right shows that if you were roaming in the Chicago area, for example, roaming fees were $3 per day and 85 US cents per minute for calls. The A and B companies in Chicago in 1993 were Cellular One and Ameritech. Anyone remember them? 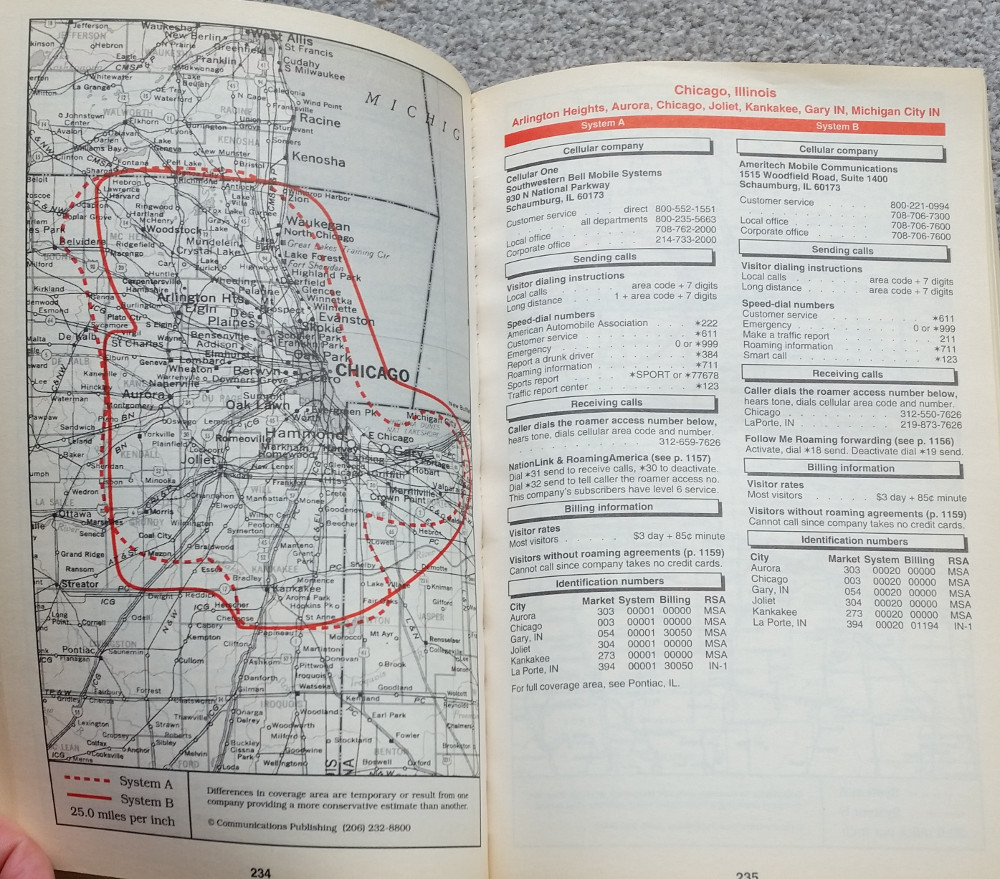 On goes the list of historical techno-oddities from a 2016 perspective that incoming calls were only possible if the caller knew you were roaming in Chicago. This is because there was no central register of where you were roaming. Instead, the caller had to dial an access number (see “receiving calls” section in the picture) wait for a tone and then dial the real destination number.

So if you were from Rochester, could you actually roam in Chicago? Page 1044 of the book gives the answer, all roaming partners of “Rochester Telephone Mobile Communications” are listed there. 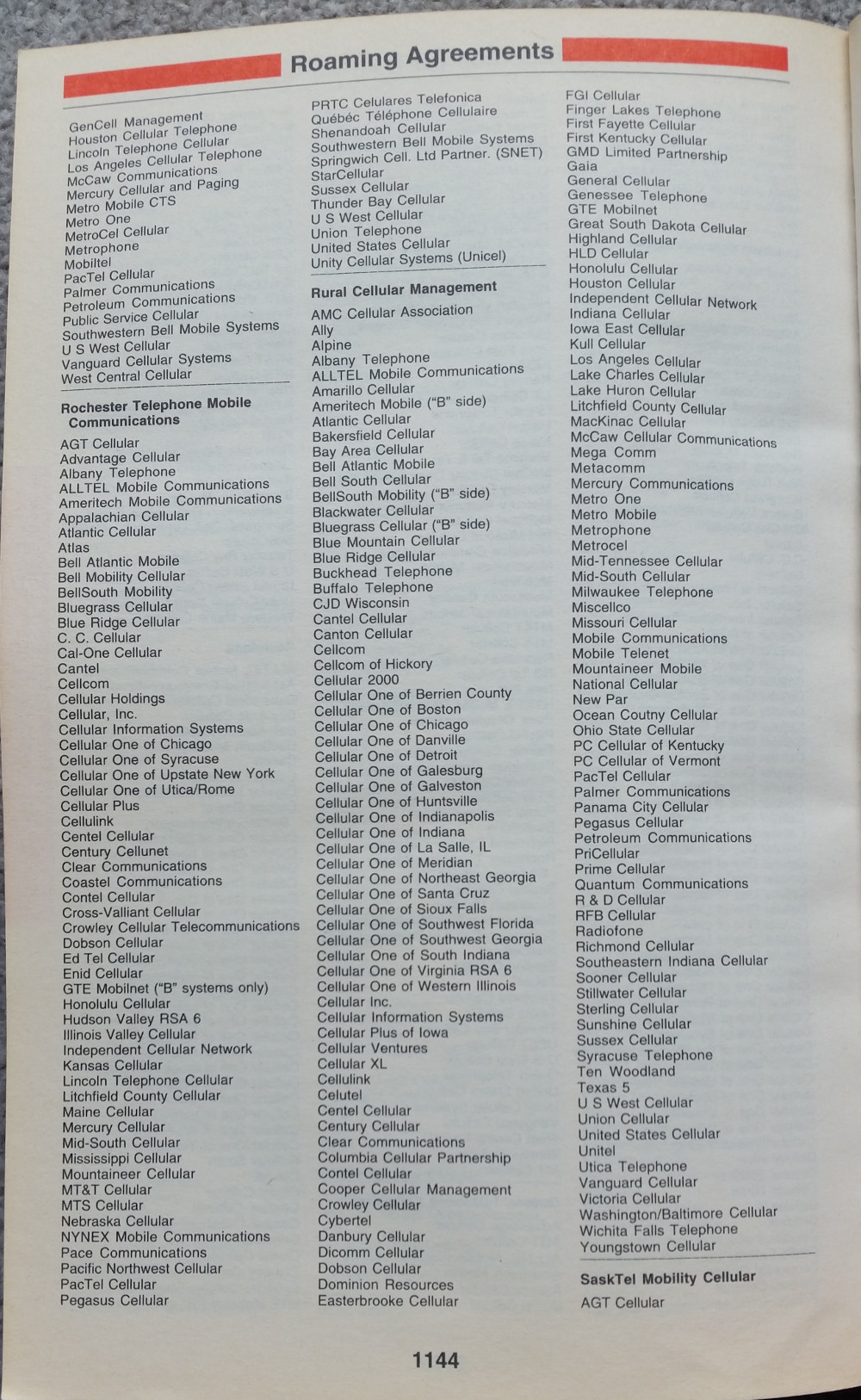 So how did network A and network B work when roaming? Page 1158 of the book gives us the answer: The phone typically selected A or B depending whether your home city network operator was operator A and B. But the user could also manually change from A to B and vice versa on his phone. Manual network selection in the early days. 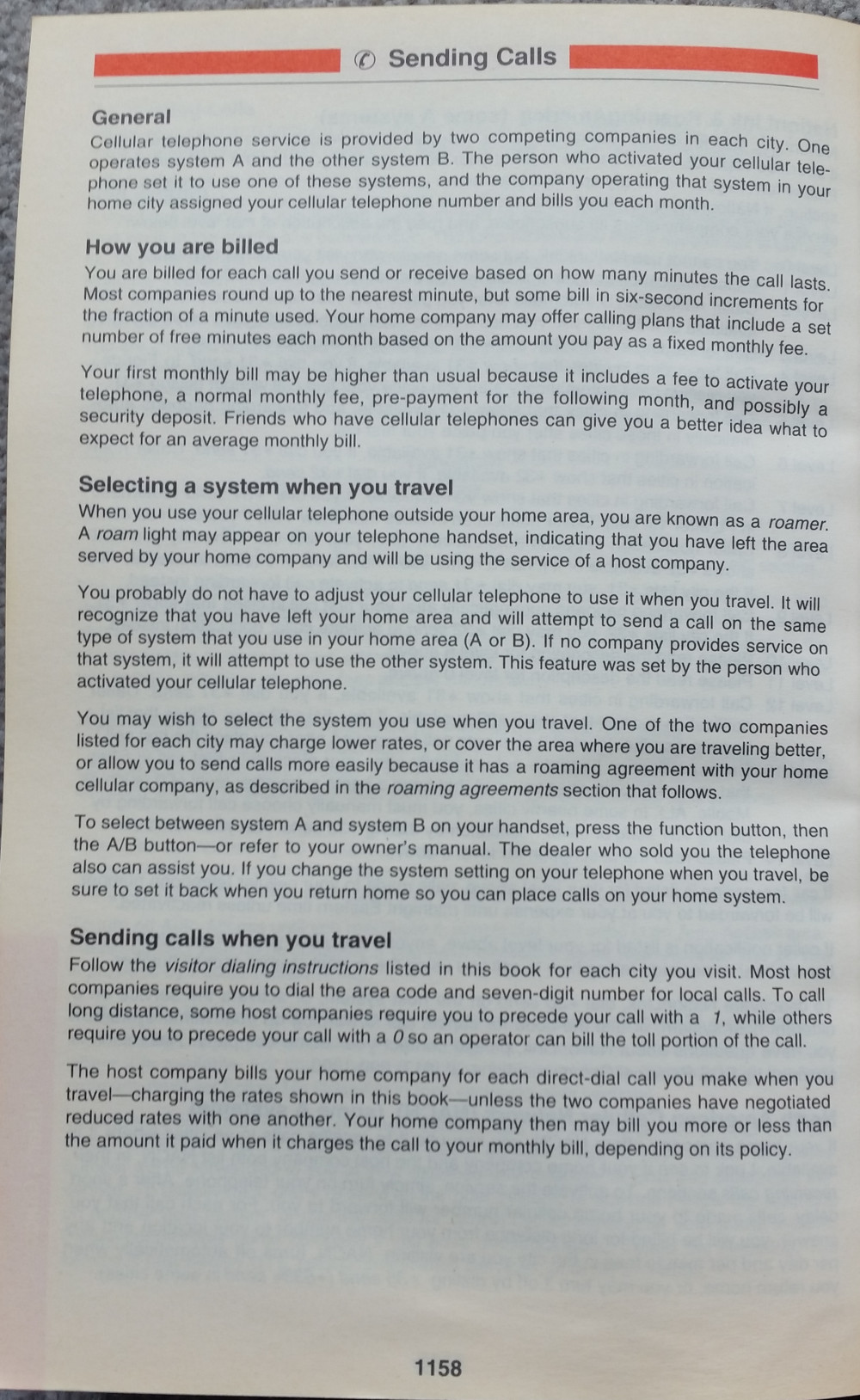 And some good advice at the end about privacy:

Hm, still good advice in 2016, but the scrambler can be done in software today. And that’s only been 20 years ago, quite hard to believe…