Back in 2013 I discovered SqueezePlug and used a Raspberry Pi to stream music from an online service to my 25 year old Hifi. It worked great at the time on a Pi-1 for a long time until the SD card gave out. Unfortunately time had moved on and I couldn’t get the latest software version run smoothly on a Pi-1. Yes, I could have replaced it for a faster model. However there were other things that needed more attention so I never got around to it. Fast forward a year to the present and I was still stuck with no audio streaming to the Hifi when a friend told me about Volumio by Michelangelo Guarise and how well it ran on his Raspberry Pi 1 connected to his Wifi. Easy to install and easy to use, just flash the image to an SD card, he said, and you are good to go. Could it really be that easy? 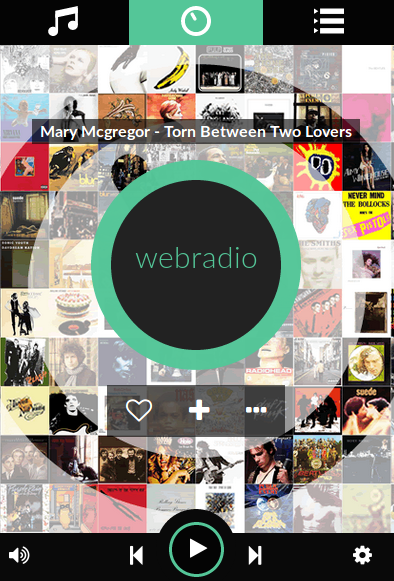 And indeed it is that easy! Connecting the Volumio Pi to the home Wifi network is straight forward. At first the Volumio software uses the USB Wifi dongle to create a Wifi hotspot with a known SSID (Volumio) and password. One can then connect via a smartphone, table or PC and use the browser based user interface to supply the home Wifi network’s password. The Wifi hotspot is then taken down and Volumio tries to connect to the home network. If not successful it will reactive the Wifi hotspot so the user can give it another try.

Once the Volumio Pi is in the local network I created new web radio streams by copying over the URLs provided my audio streaming service of choice (Radiotunes). 2 minutes of work and my music was streaming. A Spotify plugin is also available for those more inclined towards this service.

As can be seen on the screenshot on the left the web based user interface is just beautiful and simple to use. At times it lags a bit as the Raspberry Pi 1 is sometimes a bit at it’s CPU limit. This can probably fixed by using a Pi 2 or 3. As I don’t switch streams a lot it’s not a big deal for me I chose to stay with the Pi 1 for now. Upgrading would be simple, however, as the micro-SD card can easily be put in a faster Pi without any changes required.

I’ve been streaming many many hours of music with the Volumio Pi over the weekend and the stream never wavered even once due to the the aging and somewhat dated hardware I used. No app installation on the smartphone, a great web based UI, all the features I need, the solution is open source and available on Github, just perfect!

My only advice to the project at this point is that they should think about improving securing as SSH is running with a standard username and password. A welcome invitation for the willy hacker. If someone really needs SSH access he’s clever enough to put the SD card into a PC to copy his SSH public key to the correct place to get access.