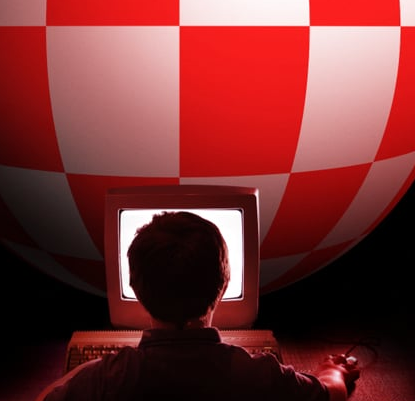 Today I have a documentary recommendation about personal computing in the 1980s that requires a bit of an intro to set it into perspective:

In the first half of the 1980s the world of personal computers was separated into home and office computing. In both camps, many companies competed for market share. On the home computer front Commodore, Atari and Apple where among the most successful companies with their C64, Atari 800 and the Apple II computers. Office computing on the other hand was dominated by the IBM PC launched in 1981, PC compatible computers of clone manufacturers and also the Apple II. Often, this multitude is reduced to a power struggle between Apple, IBM and Microsoft but this is only part of the story.

In 1984 Apple was the first company to release a personal computer for home and office use with a graphical user interface, the Macintosh, that was light years more advanced than the IBM PC. The competition, however, was not far behind and what followed is far from a duopoly struggle between IBM and Apple. Only one year later in 1985, Commodore and Atari launched their own computers with a graphical user interface. Commodore’s Amiga was again light years ahead of the Apple Macintosh as it contained special graphics chips for color and animation and a multitasking operating system while costing much less than a Macintosh. Public perception at the time, however, never saw Commodore going after the business market with the Amiga and thus it was firmly placed in the home computer market.

It’s the story of the Amiga that the second part of “From Bedrooms to Billions – The Amiga Years” tells with wonderful videos and pictures of the time and many interviews with people working for Amiga Corporation and Commodore at the time. I’m usually not a big fan of video documentaries as they usually have to cut unacceptable corners to fit the story into a 90 minute format and are either too shallow or leave out important topics. This documentary did not fall victim to either of these problems in my opinion and I very much enjoyed watching it. The link above points to Vimeo which offers the streaming version for 5 euros or the download version, DRM free (!), for around 13 euros. If you are interested in the personal computing history beyond IBM and Apple, this is the documentary to watch!