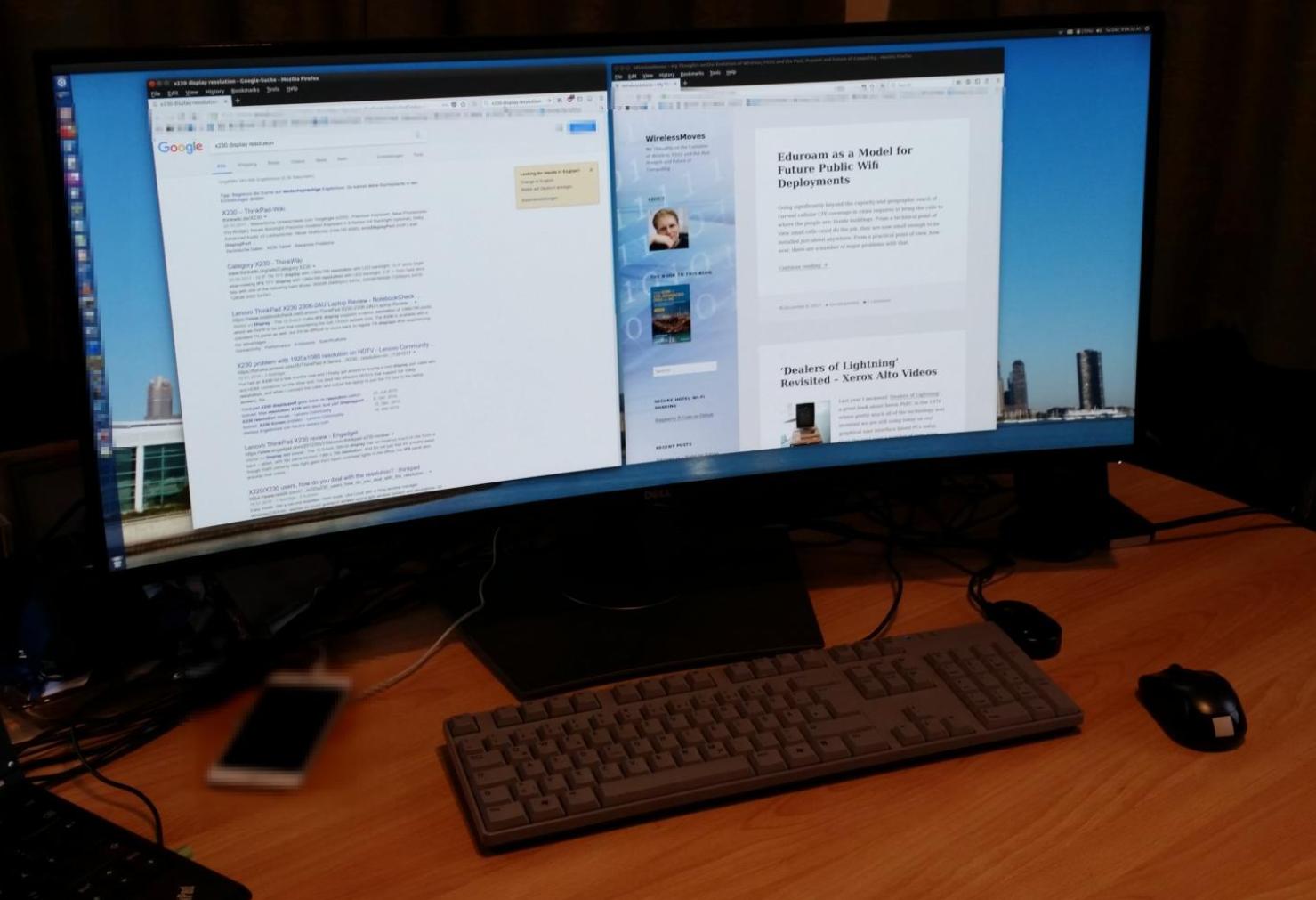 A big display with a high screen resolution can only be replaced by a bigger display with an even higher screen resolution! In the past few years display resolutions have steadily increased and there are now affordable ultra-wide curved displays with an aspect ratio of 21:9 and a display resolution of 3440 x 1440 available that are great for programming or working on several documents simultaneously side by side. But do such displays work well (or at all) with my somewhat dated 2012 Lenovo X230 notebook? 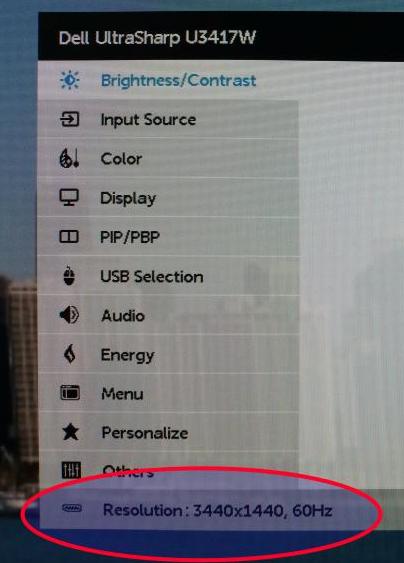 The answer to this is not easy to be found on the web. There are a few reports that such display resolutions are supported over the mini-DP connector but the sources are not very detailed. So when I recently had the chance to try it out myself I did and as can be seen in the picture above it works like a charm on my X230 in combination with Ubuntu 16.04. After trying out a number of things including VLC playing an HD video without any hickups or display shears I was convinced and immediately ordered one. Another important point is the refresh rate which should be at least 60 Hz for smooth scrolling. And indeed my X230 drives the screen with 60 Hz (and not 30 Hz) as shown in the second picture. I have to say I’m mightily impressed by this display!