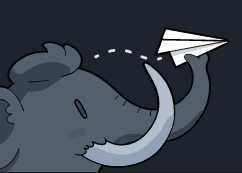 I do have a Twitter account but rarely use it. Like pretty much all ‘social’ networking sites my main issues with them are that they are run by for-profit companies, they are centralized, push their own agenda and values of what they think is appropriate or not and that I’m not the customer there but the good they sell to advertisers. Over the past 2 years an alternative has been growing that promises to fix most of these issues: Mastodon.

So What’s This All About?

I’ve heard about Mastodon before but never found the time or heightened interest level to actually try it. But something must have clicked last week when Microsoft announced it would take over Github as it showed how quickly the direction of a popular centralized service can change without notice. So what exactly is Mastodon?

From a user point of view, Mastodon seems to work pretty much like Twitter. Instead of ‘tweets’ one writes ‘toots’, re-tweeting is called ‘boosting’, one can ‘star’ toots, direct messaging is possible as well and the default Mastodon GUI in the browser with its three column layout also looks familiar. But this is where the similarities end.

And this is because Mastodon is not a centralized service run by a profit oriented company. Instead, the system is open source and federated, which means anyone can run a Mastodon instance for himself, for his friends, or for the general public. When joining Mastodon one selects one of the public servers and creates an account there. If you don’t have friends on Mastodon yet, a good place to start looking for people that have things to say that are of interest to you is the public activity stream of the server. As the service is a federated system, one can also connect with people on other Mastodon servers. Think of it like email which is also a federated system and allows exchange of messages over different servers.

While this allows great freedom it also has its disadvantages like, for example, identical account names on different servers. This can obviously lead to some confusion over authenticity. But we eventually figured out how to deal with this in the email system, too, so I’m confident people can handle it in Mastodon as well.

The main question is whether Mastodon will gain critical mass to keep people interested in the long run. According to Wikipedia and a number of network statistics pages (see here and here), the project is around 20 months old now and has already attracted some 1.5 million users. The server of Eugen Rochko, the initiator of the project has some 160.000 users at the time I’m writing this and the public activity stream shows buzzing activity day and night. Around 3000 Mastodon instances can be found around the world today which makes it a truly distributed system without central control.

So where does this all lead? I’m not sure but so far I’ve found quite an interesting discussion stream. If you want to have a look, I’m @heurekus@mastadon.social.