We are getting closer to Apollo 11s launch 50 years ago and my level of excitement is rising. In case you have missed it, I’ve had a post last month about my favorite books on the topic and since then I’ve discovered two additional incredible sources, so here’s a follow-up post on this.

To re-live the event, a couple of brilliant people have put together “Apollo 11 in Real-time”, a web site that combines all the material they have found in an audio and visual stream in the browser that can be played as things happened 50 years ago. One can also jump to any time one day before launch right to the end 9 days later and select audio streams of the individual flight controllers. Also, there’s the TV coverage from back in 1969 for some more general and more easily understandable information in case you haven’t had the time or inclination to read books about the event or to get a feeling of how the event was televised back then. The makers of the site stream all content from YouTube which gives me some hope that it won’t succumb to overload. 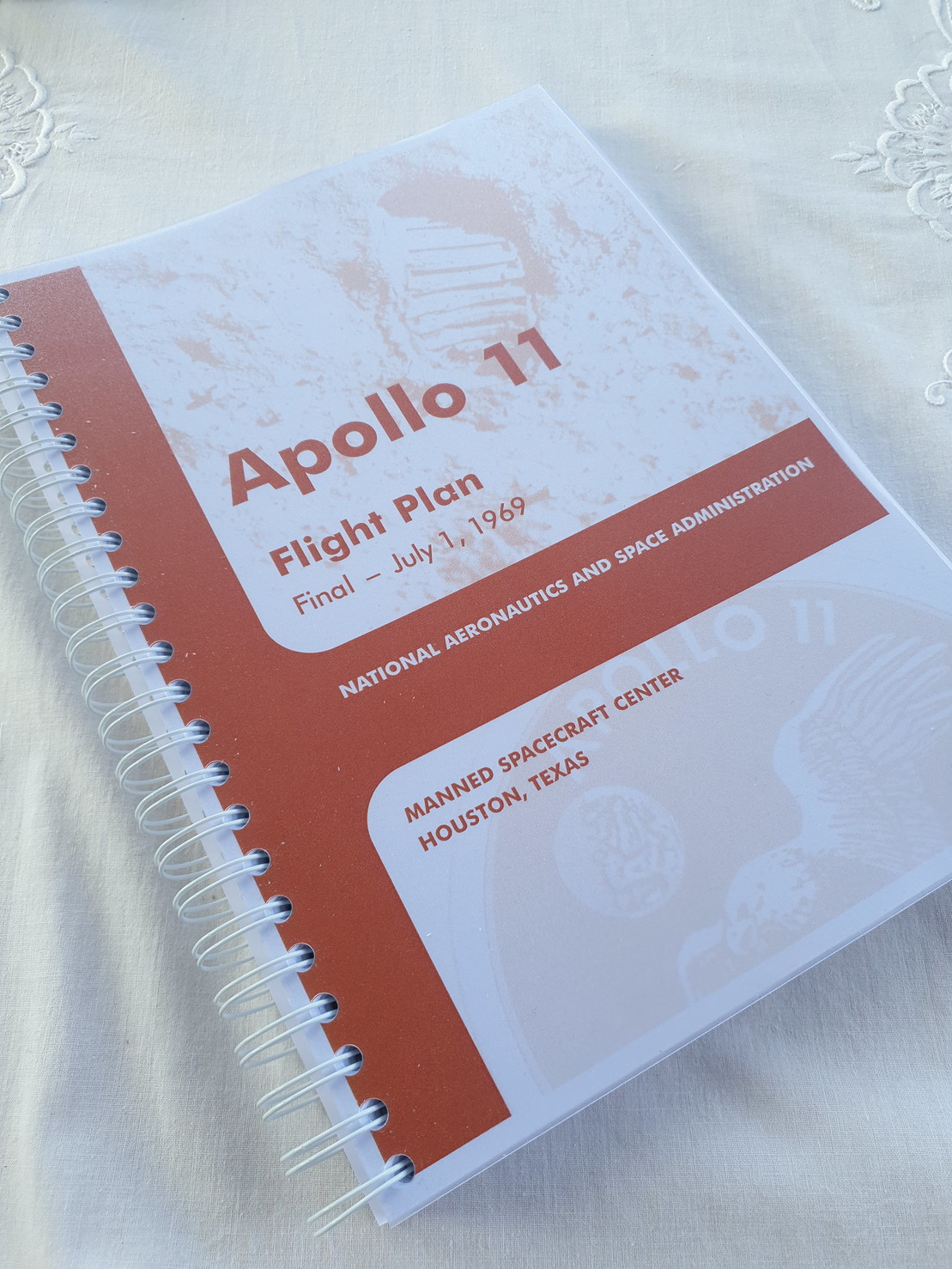 And the second source I’ve come across recently is Apollo 11’s flight plan with a lot of background information and the major steps and actions to be performed during the flight on 356 pages, one page for every 2 hours. Lots of charts, graphs and introduction text make this an incredible source alongside ‘How Apollo Flew To the Moon’ by David Woods. Here’s my copy that I had printed and spiral bound for maximum usability.

Most events, including launch, trans-lunar injection, LM separation,the descent down to the moon, etc., are during favorable hours to listen if you live in Europe. Just the ‘extra vehicular activity’ on the moon itself is well past midnight in Europe. But it’s on a weekend so it will be less of a problem to stay up and listen and watch to the 50 year delayed ‘live’ stream. On the other hand, just imagine your are on a moon around a planet in Gliese 317, which is around 50 light years away so all radio signals of the event are just about to arrive there now.