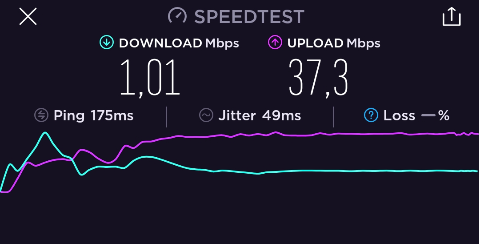 Sometimes I wonder if the good times with LTE are about to be over!? In the past 12 months I increasingly get into situations in which an LTE network is available with good signal quality but is heavily overloaded and at the point of becoming unusable.

While the uplink from the device works well with double digit throughput, the downlink is totally congested with data rates of a megabit or so. I increasingly see this behavior in train stations, airports and increasingly also in inner-cities, especially in the US and large trade fairs with thousands of people in a hall. In some cases this is mainly caused by operators not providing carrier aggregation in such places. In other cases even 3CA with 50 MHz of bandwidth doesn’t help anymore. Network densification is the only option, which, of course costs money and takes time. That makes me a bit pessimistic I have to admit. But it’s not a technology issue, it is a monetary and organizational issue!

4 thoughts on “LTE – When The Downlink Sucks”