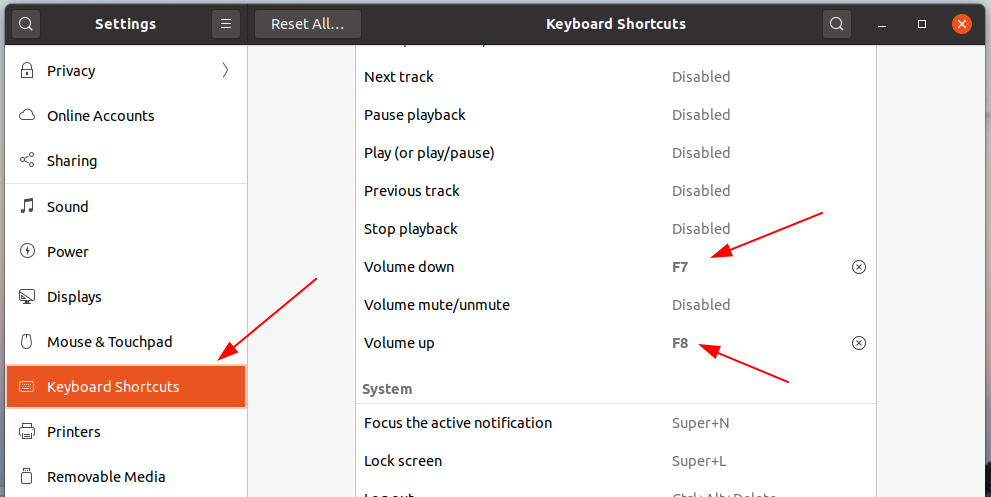 One pain point I have with more recent notebooks is that manufacturers have decided to no longer have dedicated function keys for important things such as changing the sound volume or muting the microphone. Instead, these features are now part of the standard ‘F’ function keys which I guess the typical user does not use anyway. But I am not the ‘standard user’ so when I was really fed up with this state recently, I starting looking for a fix.

The ‘beautification approach’ most manufacturers have taken was to pretty much do away with the standard ‘F’ keys by requiring the user to press an additional button such as an ‘Fn’ key in the lower left of the keyboard. This approach doesn’t work at all for me for two reasons:

My personal fix for the issue is to use 2 function keys I do not use such as F7 and F8, and put the volume up/down functionality on those. On Ubuntu, this can be configured quite easily in the settings as shown in screenshot once you know they exist.

Which still leaves the problem that the keys are still part of the standard keyboard layout and thus not easy to spot. My fix for this is to use a sticker and adhesive tape so the keys can be found and pressed very quickly. Works well but so much for “beautification”…