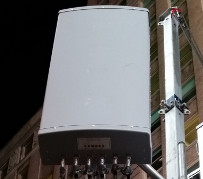 When I was recently at Times Square in New York I noticed an interesting looking trailer: A Cell on Wheels (COW). Either a network operator had a problem with one of its permanent base stations or they needed some extra coverage for a live concert in progress at the time at one of New York’s busiest places..

I have seen COWs in other parts of the world before but they mostly hide the cabling and base station equipment inside a container. Not so on this trailer, it must have been built by engineers and not designers, as all equipment was more or less bolted to a metal frame rather than installed inside a big cabinet. As there are 6 high frequency (HF) cables connected to each antenna, each sector must be able to support 2×2 MIMO in 3 different frequency bands. The RF front ends were mounted around the trailer and the base stations took up the middle of the assembly.

Aanother point I found interesting was that the trailer did not contain any network operator logos so it looks like they wanted to stay anonymous. But then, they had Alcatel Lucent RF equipment mounted so it’s not hard to make an educated guess who put that vehicle there…

Note: The smaller trailer in the back was a power generator, in other words this was a fully self contained COW with a microwave backhaul! 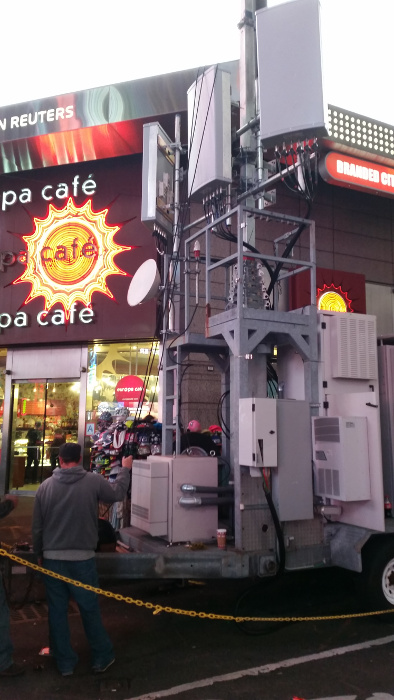 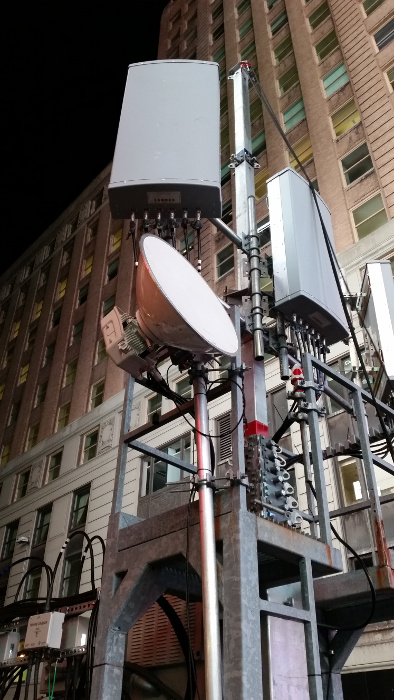 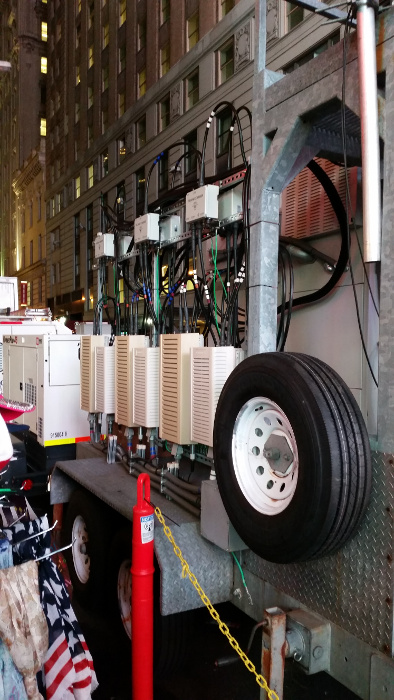 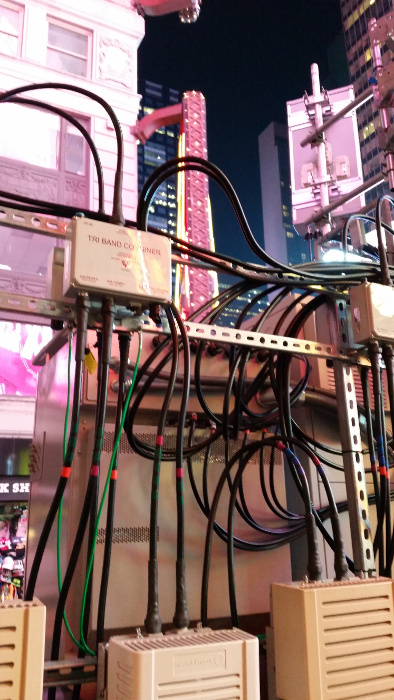 One thought on “A COW in New York”