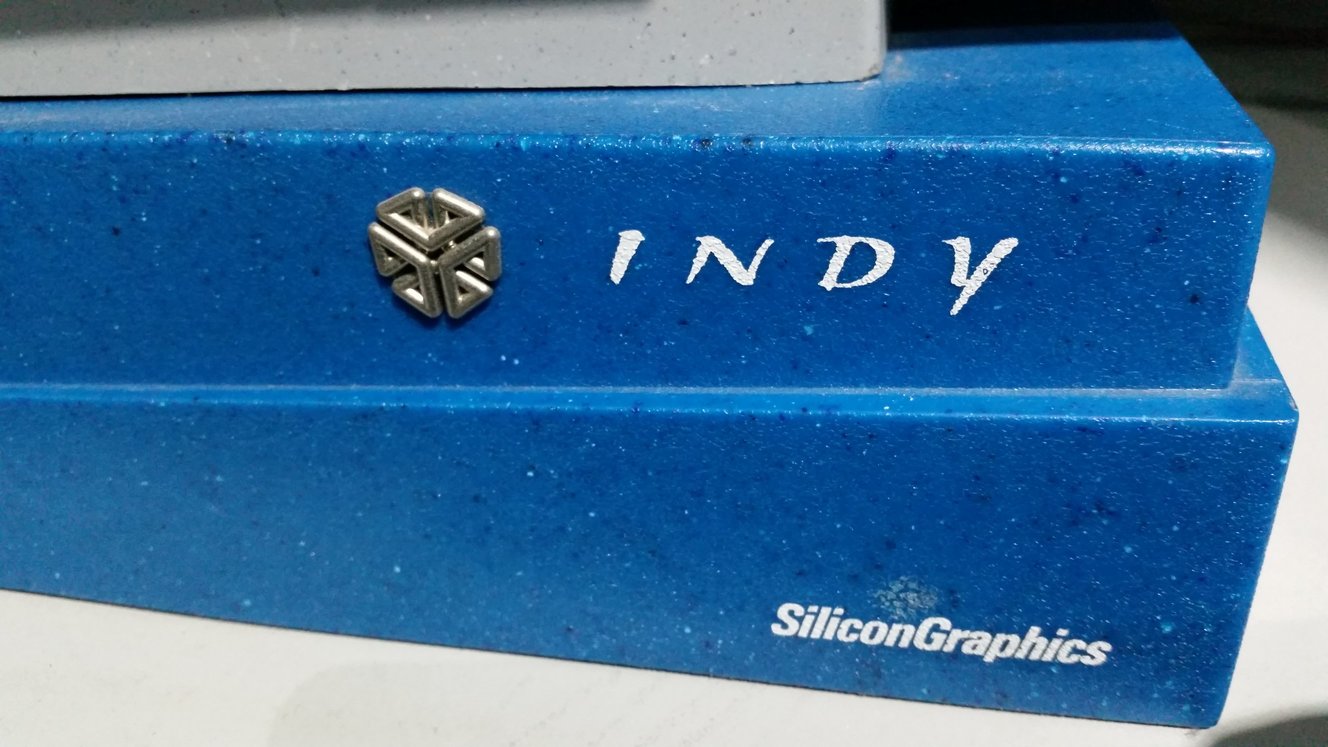 Back in December last year I could spend a few hours at the Centre for Computing History in Cambridge and loved the experience. A few days ago I was again in the area for a couple of days and fortunately, could spend some quality time in the museum yet again. A major plus there is that a lot of the exhibits are still in working condition and can be used by museum visitors.  So I focused my attention on 3 machines this time around, as two of them were important devices in my personal computing history. 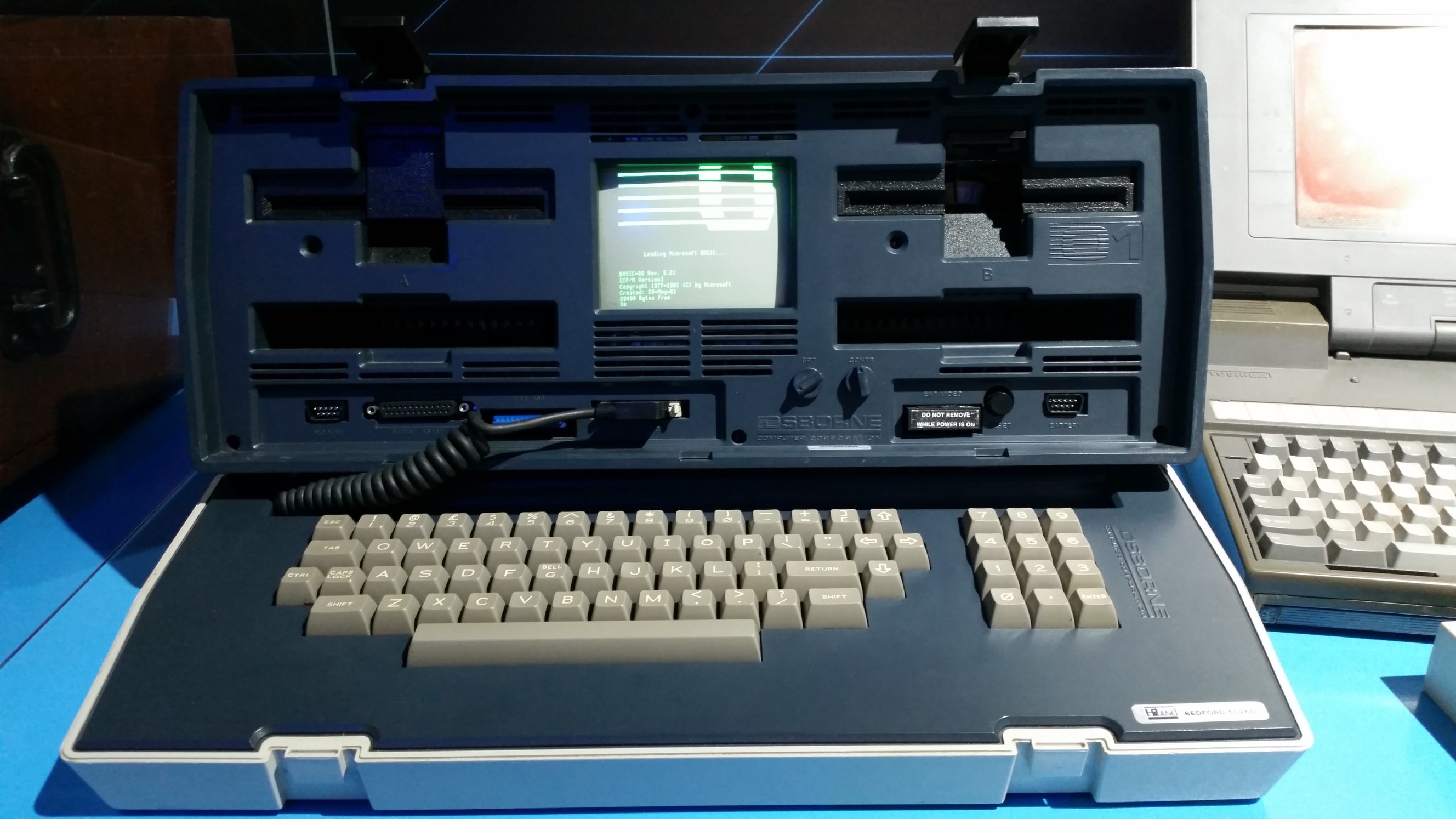 The first machine I experimented with a bit was the Osborne 1, the first successful portable microcomputer. It’s a legendary device from a legendary company that quickly went bust because of the rising dominance of IBM and by announcing future products too early which resulted in sales of the current product to fall of a cliff. It’s also known as the Osborne effect today. 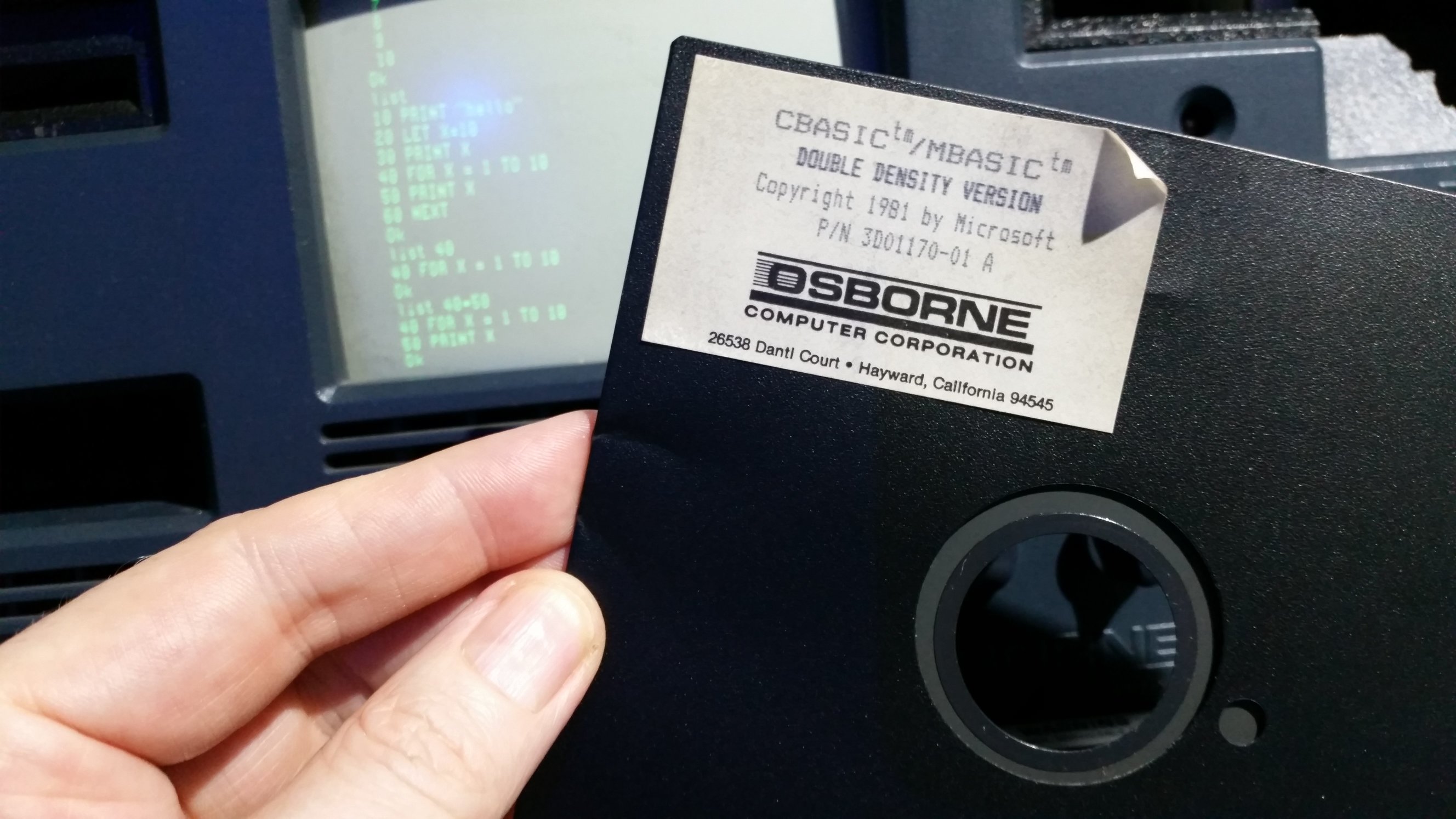 The first pictures on the left show the Osborne 1 at the museum and me holding a 5.25″ floppy disk with… Microsoft Basic on it. And just for the fun of it I wrote a 5 line basic program to calculate and print the squares of all numbers from 1 to 100. In Georgina Ferry’s book on the Leo computer (more about that in a future post) I read that this was a popular bring up test to check the proper operation of computers in the 1950s. At the time it was of course not written in Basic but assembly language but it’s the thought that counts. 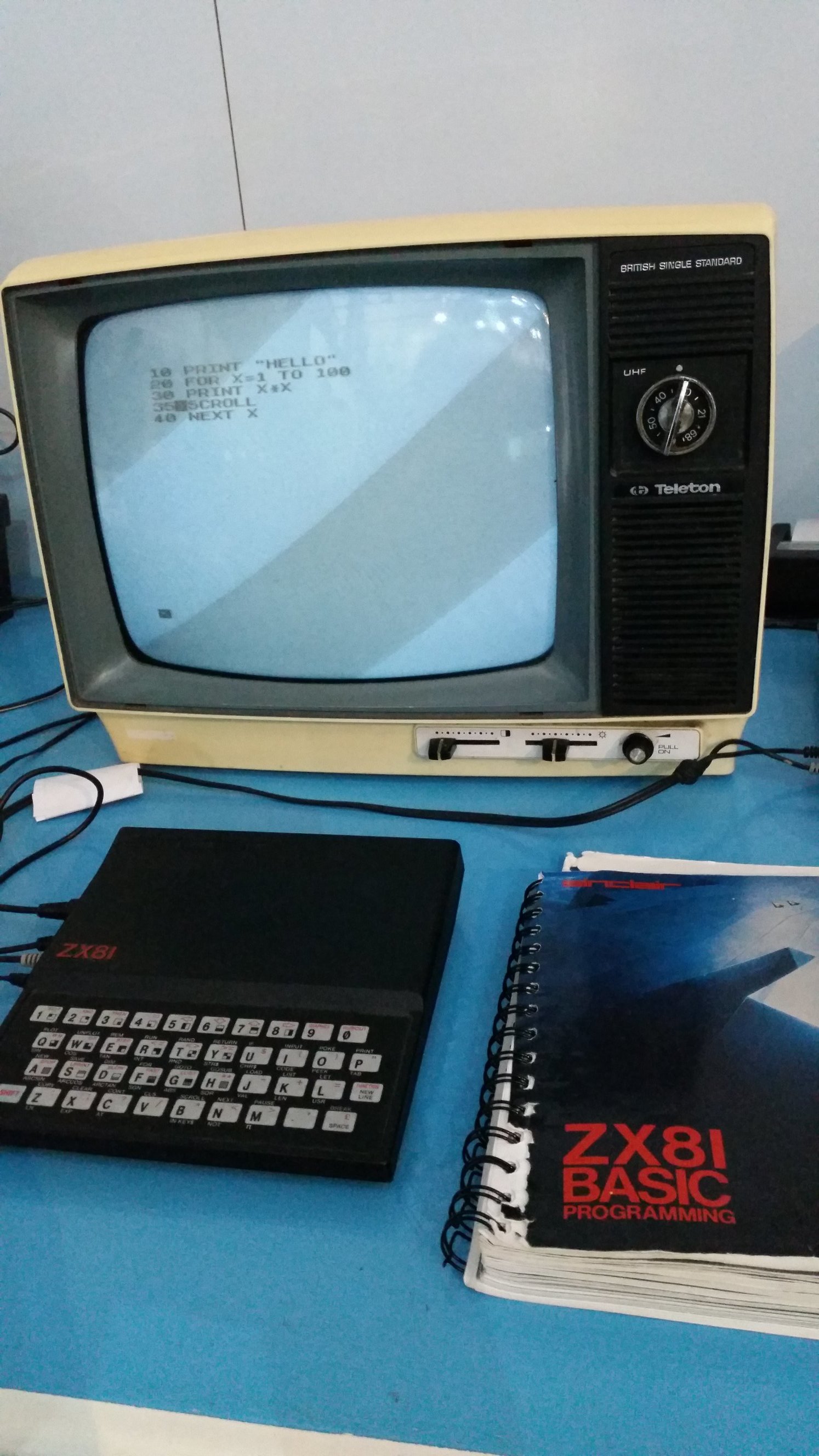 The next computer I experimented with a bit was a Sinclair ZX81. It’s predecessor the ZX80, which is quite hard to find these days, was not the first computer I owned in the mid-1980s but it was the first computer I used and programmed at a friends house at the time. 1 KB of RAM but with a Basic interpreter and lots of quirks. Again, that square root basic program proved that the one one display in the museum was still working fine. Not surprising given the quite different price tags but interesting to see was how much slower it ran compared to the Osborne. Both computers, by the way, had a Z80 processor! 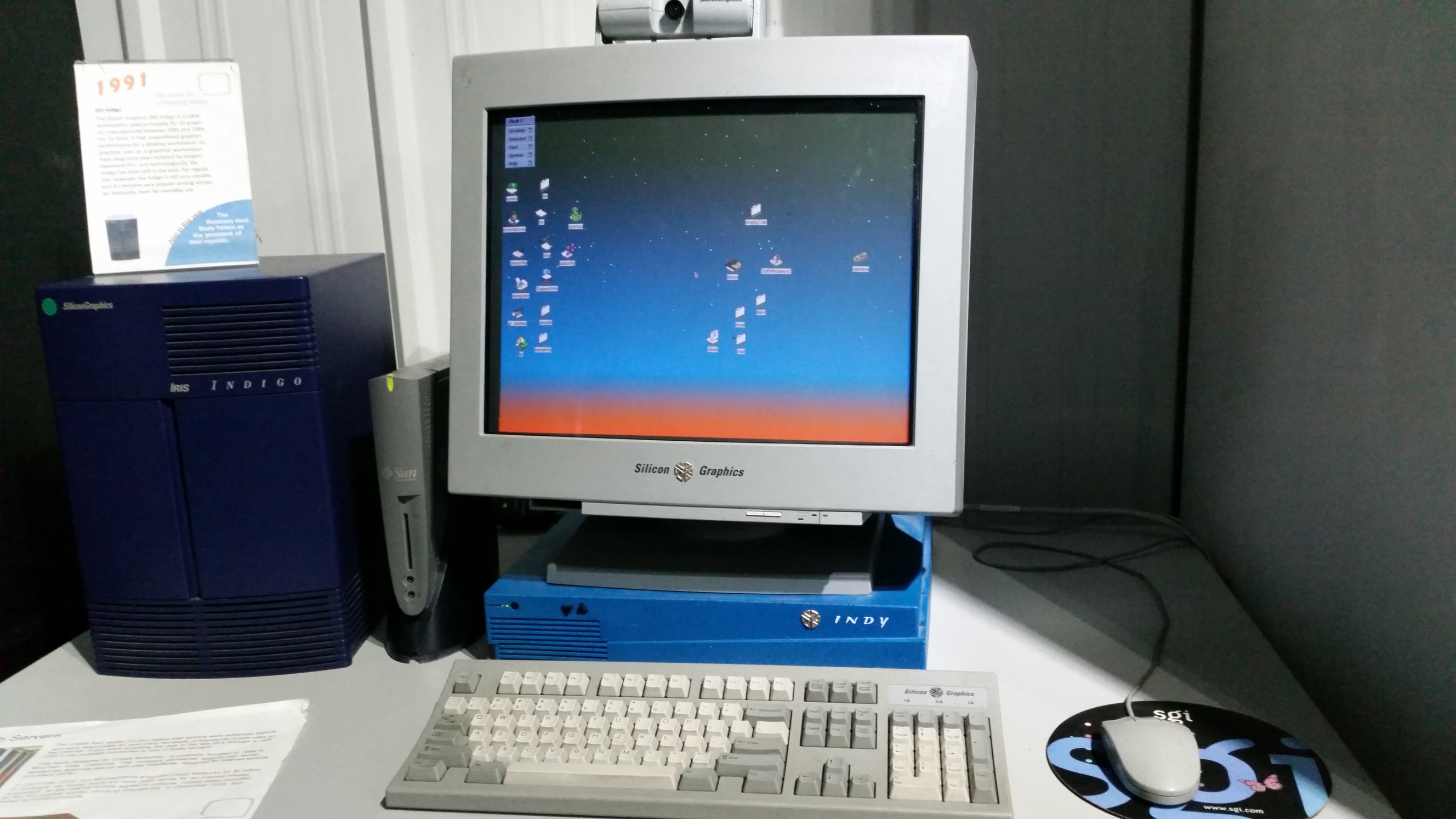 And the third computer I had the pleasure to experience once again after 20+ years was a Silicon Graphics Indy workstation from the mid 1990’s. This one has a special place in my heart for two reasons: First, it was the first Unix workstation I ever worked with and second, it was the first machine that was connected to the Internet to which I downloaded a video to from some server on the other side of the planet. Downloading a video over the Internet what a stunning thing to do back in the 1990s! I still remember it well, it was a trailer of the then brand new Star Trek Voyager series. It couldn’t have been more geeky than that in the 1990s. 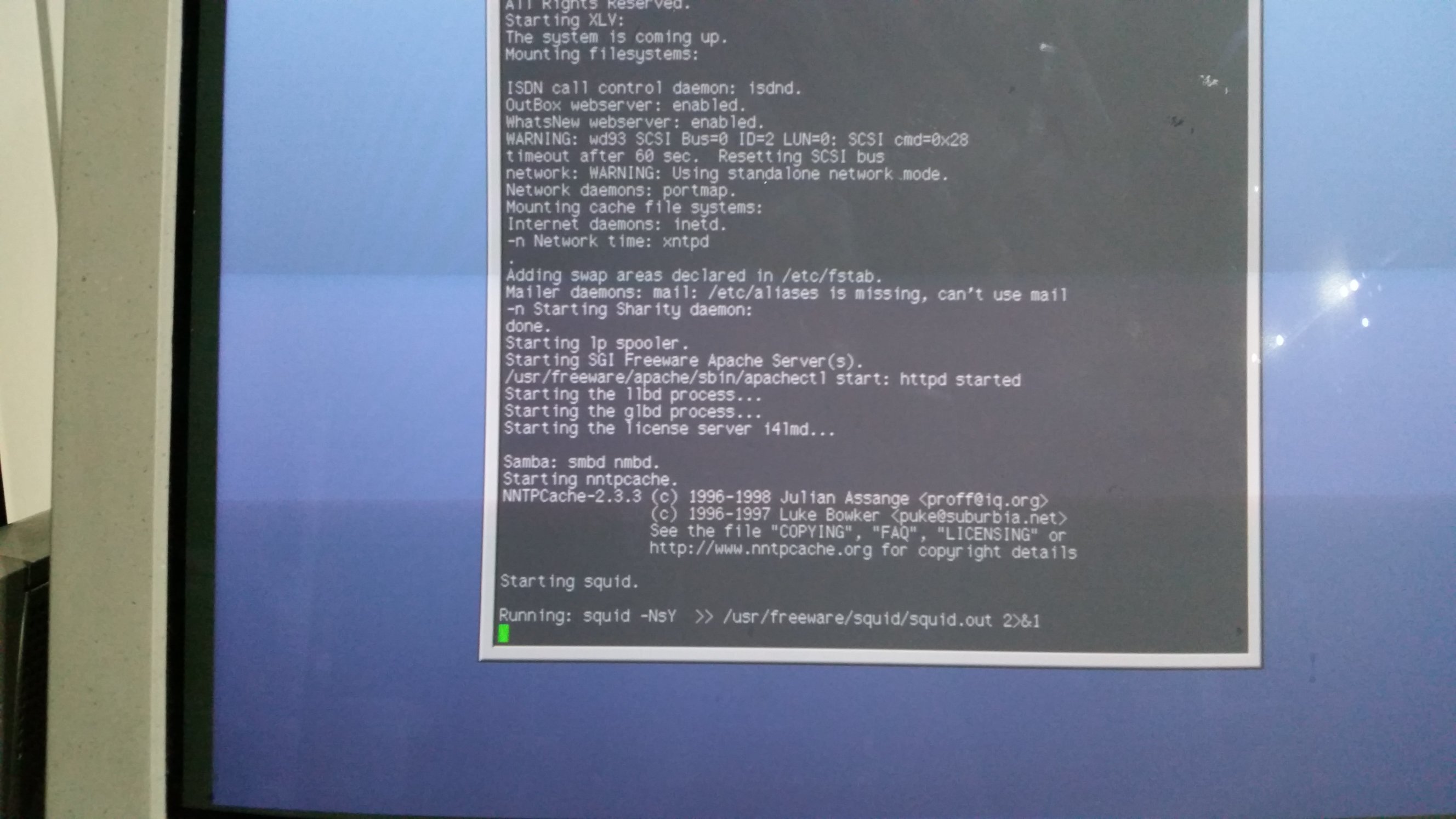 While booting that Indy I made an interesting discovery on the boot screen. Click on the picture on the left that shows the boot screen to enlarge it and have a closer look! At first I thought it was a hoax but a quick search on Wikipedia revealed that he’s actually done that!

So much for walking down memory lane for today and connecting to the present!