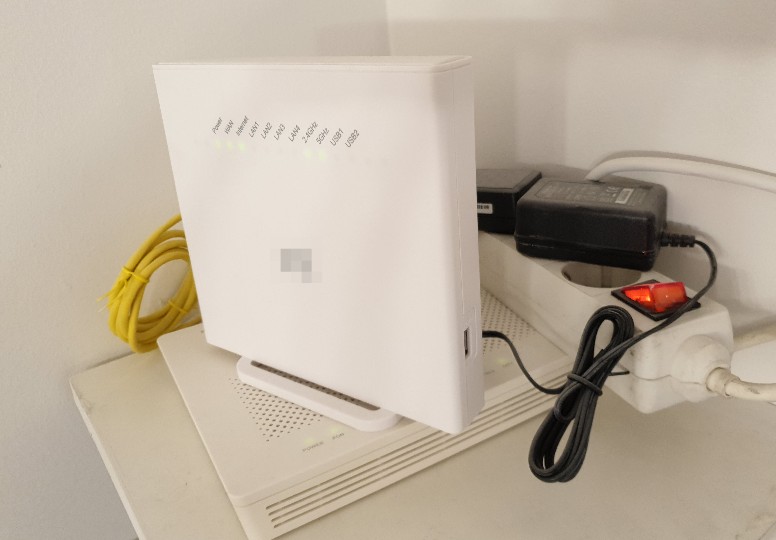 One of the first things I did after arriving was to casually connect to the Wifi network of the apartment and run a quick app based speed test on my smartphone to get a first status indication. You probably understand my surprise when I saw a sustained downlink speed of 100 Mbit/s as well as 100 Mbit/s in the uplink direction! Wow, must be fiber I thought and, as far as the uplink is concerned, much more than I have at home in Cologne with my vectored DSL connection and also more compared to my fiber link in Paris, which both offer 40 Mbit/s in the uplink direction.

Is It Really Fiber? 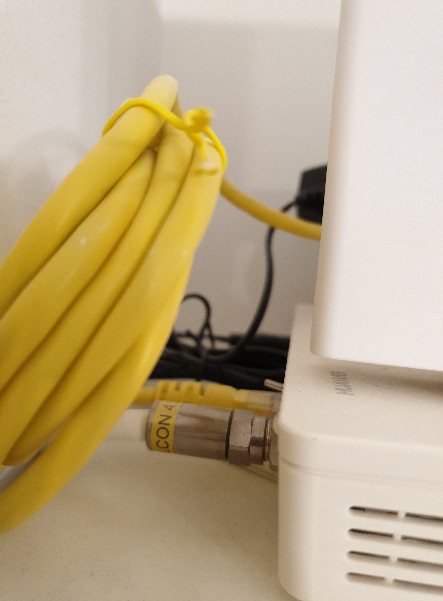 When I had a bit more time I opened my notebook and ran iPerf, which confirmed my initial observation. Breathtaking! The Internet installation was not too hard to find, it was mounted over the apartment’s front door so I took a couple of ‘overhead’ pictures with the phone as I couldn’t see all connectors directly. At first I was a bit perplexed when I saw the cable TV connector. 100 Mbit/s in the downlink are possible over cable but the 100 Mbit/s in the uplink direction did not quite make sense if the TV cable was the source of the Internet. 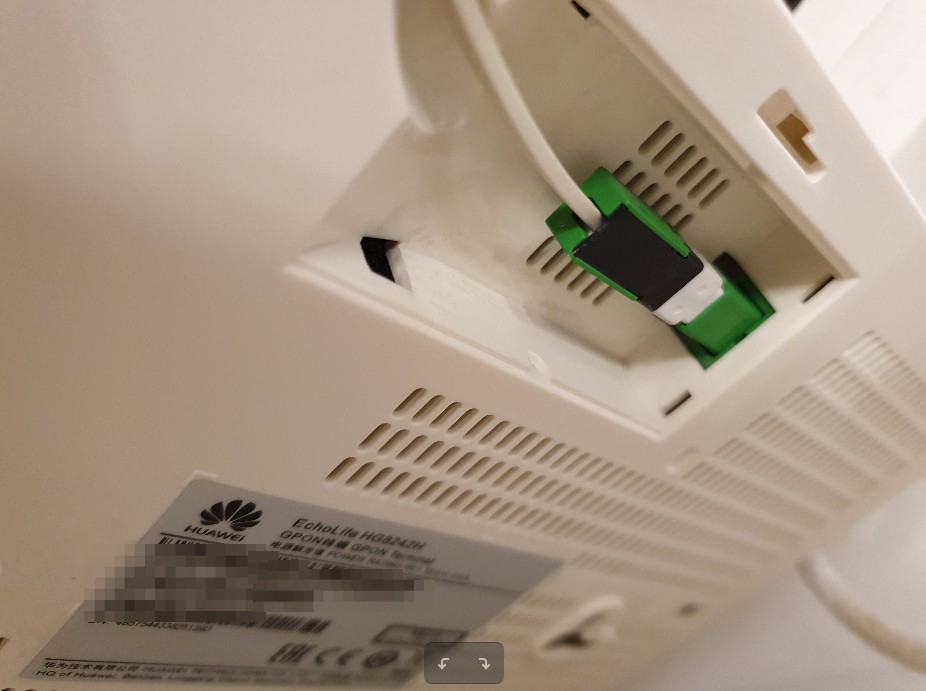 So I had a look at the bottom of the modem and found the GPON fiber connector. With the model name of the Fiber modem I downloaded the manual from the manufacturer’s website which confirmed that the cable TV connector is not an input but actually an output for the cable TV installation in the apartment. A ‘legacy’ connector so to speak.

What I found a bit ‘suspicious’ was that the speed was 100 Mbit/s in both directions as that’s basically Fast Ethernet. So perhaps the Fiber connection itself is faster but there is a limitation on the link between the Fiber Modem and the Wifi Access point on top? So I connected my PC directly to the fiber modem with an Ethernet cable but got exactly the same result. So I went to the web page of the fiber company and quickly found the answer there.

While I was overjoyed to have such a fast connection it’s actually the ‘basic’ offer for around 38 euros a month. For a few euros extra a month, one gets 600 Mbit/s or 1 Gbit/s. No problem for GPON. Wow, I can’t remember when I last thought that a ‘basic’ option of anything was actually already fantastic. 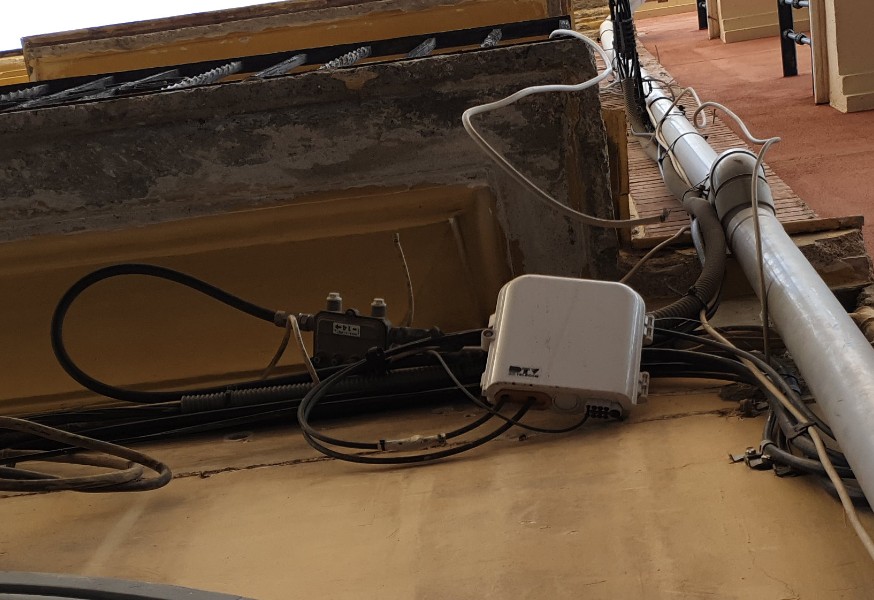 Many people wonder how countries like France and Spain get fiber into homes while other countries struggle. One reason for that is that outdoor installations are usually on the wall and via cables over poles rather than underground and in cable ducts like in countries such as Germany. The pictures on the left shows one good and one bad example of the outside cable installation in Malaga. 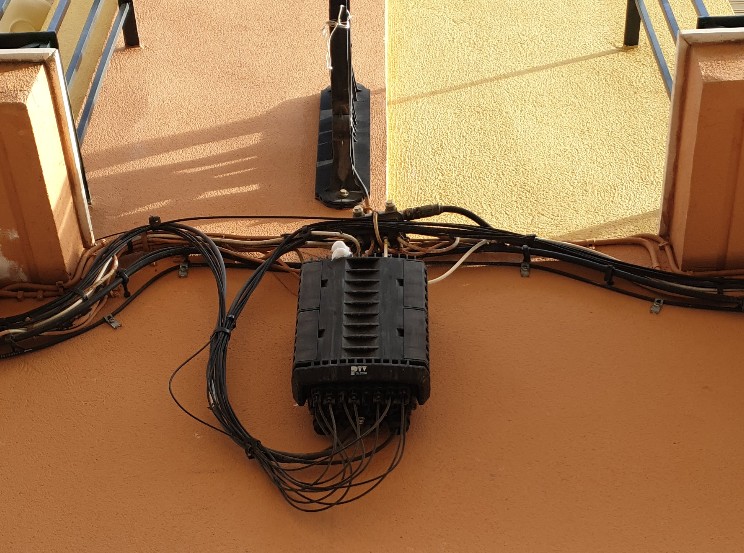 Very unlikely that we would ever see something like this in Germany. Obviously doing things this way makes fiber deployment a lot faster and cheaper. And at least in my multi-year experience in Paris, where the fiber installation is of a similar ‘quality’, I didn’t have a single outage yet from torn cables somewhere along the line.

More of the same in the future, please!

3 thoughts on “Malaga on Fiber”