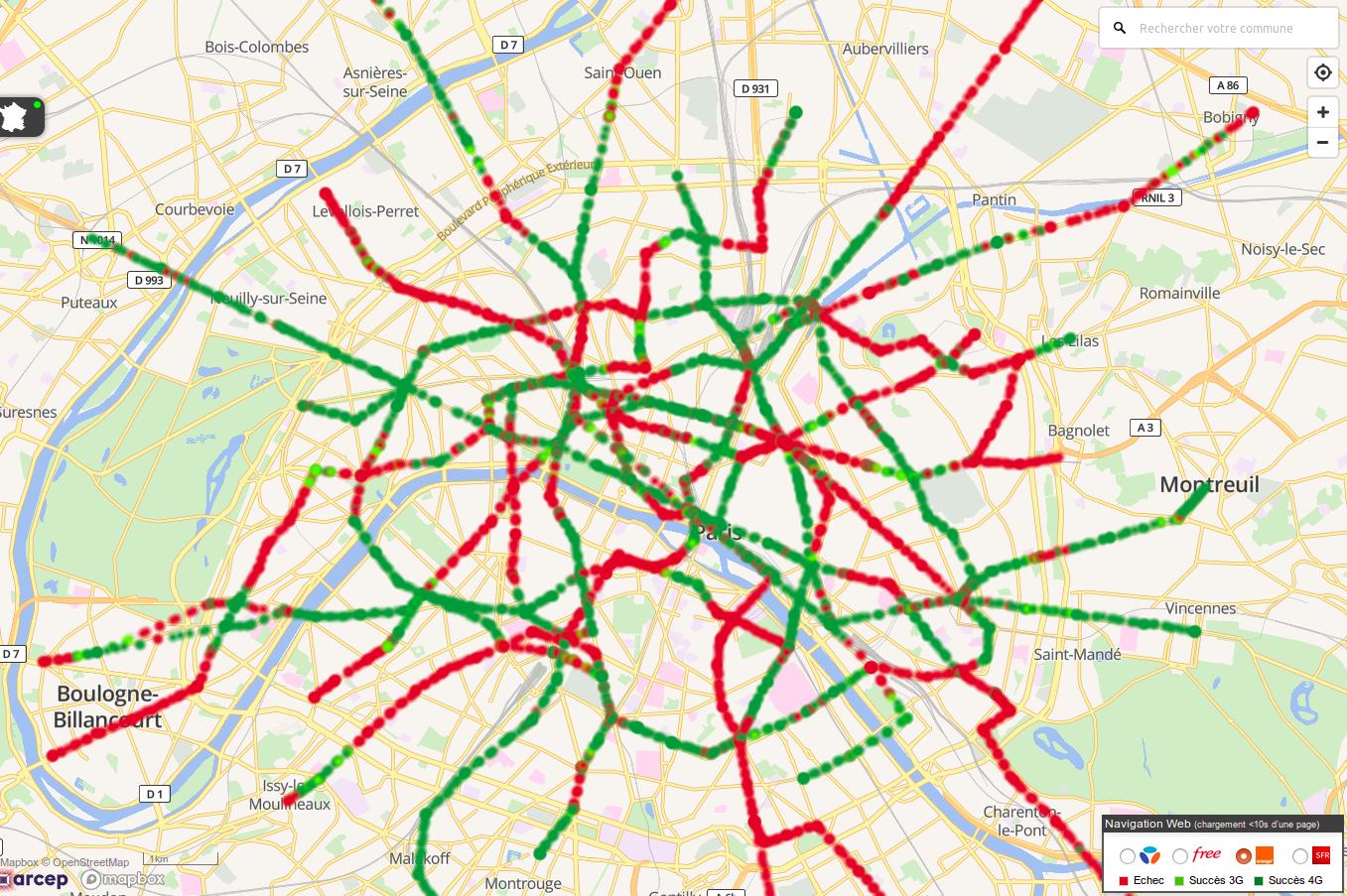 I gave up complaining about Internet coverage in the Paris metro back in 2013 and just despaired. There was a plan to get LTE into the metro by 2016 but there was nothing to be seen then as well. Millions of people use the metro every day and it really makes one wonder why there was no large scale outcry about this massive public administration failure and some more action on the side of mobile network operators and the public metro operator. GSM has been in the metro for a long time, so the hardest thing, i.e. cables and antennas were not the problem. Yes, perhaps they had to have been replaced but space was there all along. Must have been something else. A disgrace. But finally, finally, things are moving!

When I was in Paris recently, I noticed that in quite a few stations and tunnels in between, LTE is now on air. I did a bit of online research and found that ARCEP, the French telecommunication regulator, maintains a network coverage map that also contains coverage maps of the metro systems of a number of French cities.

The map on the left shows LTE coverage of one French network operator in the Paris metro at the end of 2018. I traced back my trips in the last couple of days and indeed, the places in green do have LTE coverage while those in red do not. There are still a lot of red strips throughout the network but this is a huge improvement. Better late than never!

Let’s hope their installation is at least somewhat future proof, i.e. the system has been designed to be upgradable to carrier aggregation once the load and number of users in the cells become too high.

For more background information in French, have a look here and here.