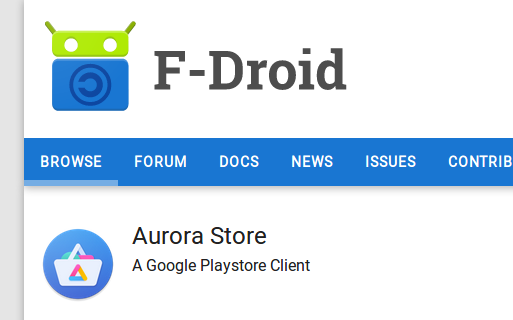 Back in February I wrote a post on how to download and install apps from the Google Play store to an Android device without a Google account. At the time  I was using ‘Yalp’, which is ‘Play’ spelled backwards. Unfortunately, the app became a bit unreliable over the months so I was very happy when I found an incredibly good replacement recently after reading about ‘Google alternatives’ on Kuketz-Blog (in German).

Thanks to this blog post I found the ‘Aurora Store’ app which also enables anonymous access to the Google Play store without a Google account. In addition to standard apps,  Aurora can even install multi-part apps that come as several individual apk files. This has been a problem so far with Yalp. With its friendly user interface and easy handling I can even recommend this app to non-techies who value their pricacy on their mobile devices!