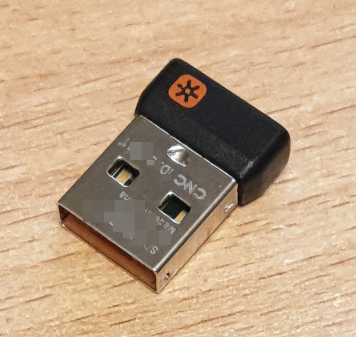 All right, I am impressed because the Linux Firmware Updater (fwupd) does not only update embedded Firmware in my notebooks as described in the previous post, but can actually also update the firmware of USB devices!

When I experimented a bit with the options of ‘fwupdmgr’ I noticed that my wireless Logitech mouse was also on the list of devices that can be upgraded. Seriously, I thought!? So I checked on fwupd.org and indeed, Logitech is one of the companies putting their firmware updates in the database. I’m impressed because over the years, Logitech had a bit more than their fair share of security issues that they needed to patch. Especially 2019 was not a good year for them in terms of security and at the time I could only find their Windows and MAC updater programs. These didn’t help me much because they wouldn’t run reliably in virtual machines, the only place where Windows still runs at my home. Migrating away to Bluetooth enabled mice was also not an option while I’m still on Ubuntu 16.04 and cable mice were no alternative either.

So I was really happy when I saw that fwupd can update Logitech mice with a ‘Unifying’ receiver. It didn’t work straight out of the box, however. On Ubuntu 16.04 I got an obscure error message when trying to update as described in part 2 of this series. The same on Ubuntu 18.04. But then I found the advice to get the latest version by uninstalling fwupd in Ubuntu 18.04 and then reinstalling the latest version via snap. I’ve never installed anything with snap before but this time I thought I’d give it a try just for the fun of it. Here’s the procedure:

And with that version of fwupd, I updated three Logitech receivers I use in my household in a few minutes. Thanks very much Logitech, much appreciated!