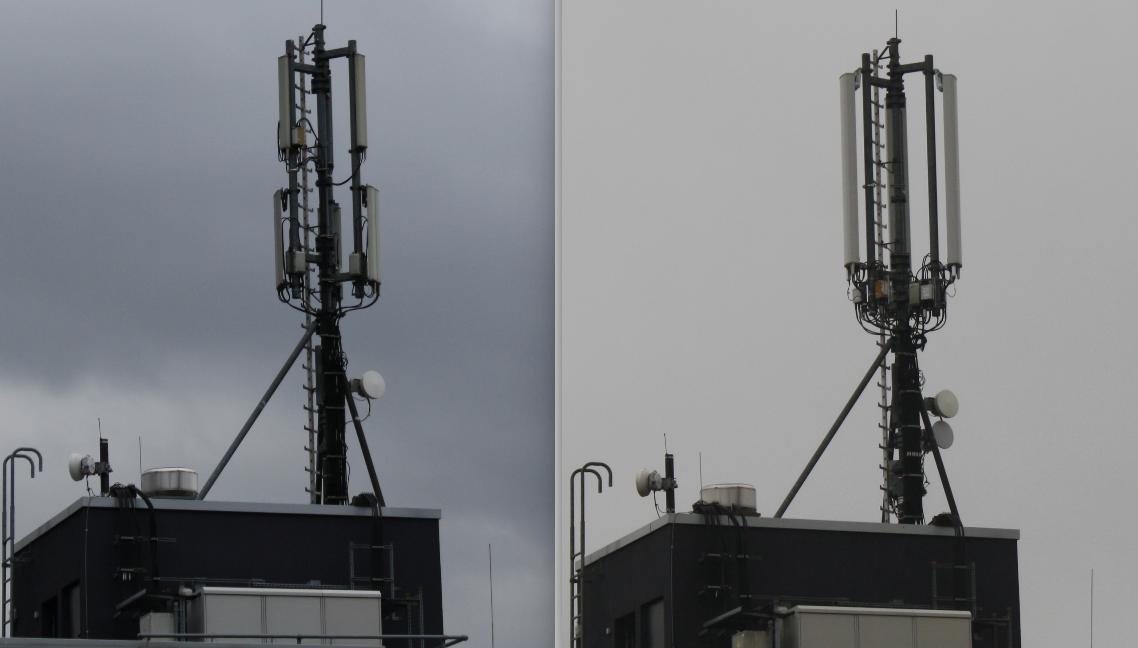 It is easy to assume that something as wide spread as a cellular network must be a mostly static installation that changes very slowly over time. As I will show in this post, however, this is hardly the case. Back in 2009 I moved into a place from which I have a very good view to a base station site across the street and since then I noticed quite a number of times that the base station configuration has changed significantly. On average, things have changed once very two years since then and I have taken pictures to document the process. The first picture shows the initial configuration ca. 2010 on the right. Two antenna configurations are stacked on top of each other and the lower configuration contains two antennas directly next to each other. In other words there were three physically separate antennas at this time.

The right part of the picture above shows a significant change that was done at some point in 2012. The upper antennas were completely removed and the lower side-by-side antennas were replaced by a single larger antenna configuration. Each antenna casing has several antennas inside as can be seen by the number of coaxial cables to which each is connected to. In addition the microwave configuration was changed during that site visit, there is an extra ’round’ device below the round microwave antenna on the main mast. 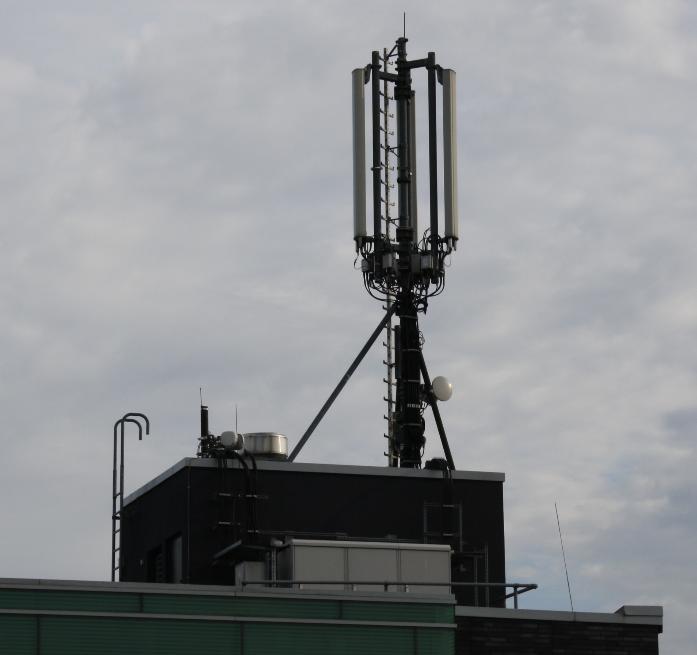 At some point in 2015/2016 there was another site visit, this time for changing the microwave backhaul configuration. The differences are subtle, but have a look at the round microwave antennas that have come and gone in the second picture and compare it to the right part of the first picture. Definitely different!

And now at the end of 2017 the site has been overhauled completely as shown in the third picture (also notice the blue sky in the picture for the first time…). Again the antennas have been completely replaced with new ones, probably to support additional frequency bands now used to increase LTE capacity even further. Equally important is that the base station electronics was completely replaced. Have a look at the outdoor racks at the bottom of the picture and compare it to the racks in the second picture.

This particular base station site is unlikely to be an exception as network operators continually evolve their networks. Keeping in mind that in Germany each network operator has around 25.000 base station sites that are visited at least once every two years you can imagine the effort put into improving quality and capacity of the existing network in addition to densifying the network with additional sites and putting more base stations into operation for better rural coverage. A never ending story. Once a wave of hardware updates is finished at one end of the network the next wave already starts at the other end again. So much for the impression that a cellular network is a static affair.

2 thoughts on “Base Station Visits Over The Years”