I’m always amazed by the unexpected things happening at Congress. This year, or rather at 35c3 in December 2018, I could hardly believe what kind of gift I got and how I could immediately put it to good use to rescue a 30 year old program of mine from an ancient storage media. 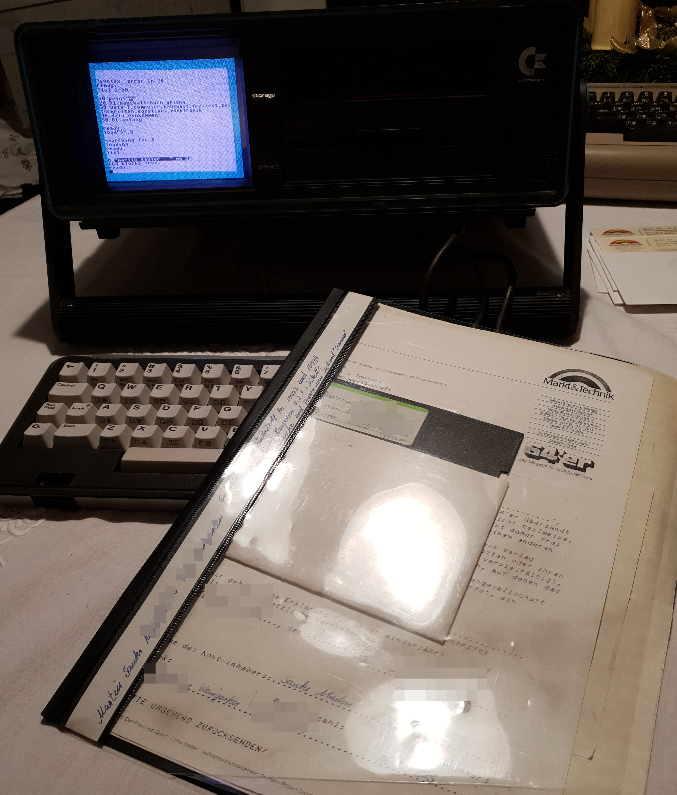 As I already mentioned in a previous post about 35c3, I was part of a vintage computing assembly showing a C64 running GEOS and how it was programmed and could still be programmed today with modern tools. As part of that I was approached by ‘smtw’ if I was interested in an SX64 in good condition that he would give away for free into good hands. I could hardly believe it because the SX64 is the ‘portable’ version of the Commodore C64 and thus a rather rare item. I don’t have a lot of space at home but I couldn’t say no to this gift, I would have to make space for it!

The SX64 being rather bulky and heavy (10.7 kg), it was a bit of an effort getting it home in my suitcase by train as it wasn’t exactly empty on the way to Congress to begin with. But I managed to get almost all my stuff in and get it home safely. One thing to do with my ‘new’ computer that immediately came to mind was to have a look if an old 5.25″ floppy disk I found last year in the attic that contained a program I wrote 30 years ago was still working. Not that the program would still be worth anything but it is the first program I wrote that could perhaps have survived. I couldn’t do this before because, again for space reasons, I did not have a real 5.25″ floppy drive and used an SD2IEC floppy drive emulation with modern SD cards with my C64. The SX64 has a built in 5.25″ floppy drive, however, so I could finally give it a go. 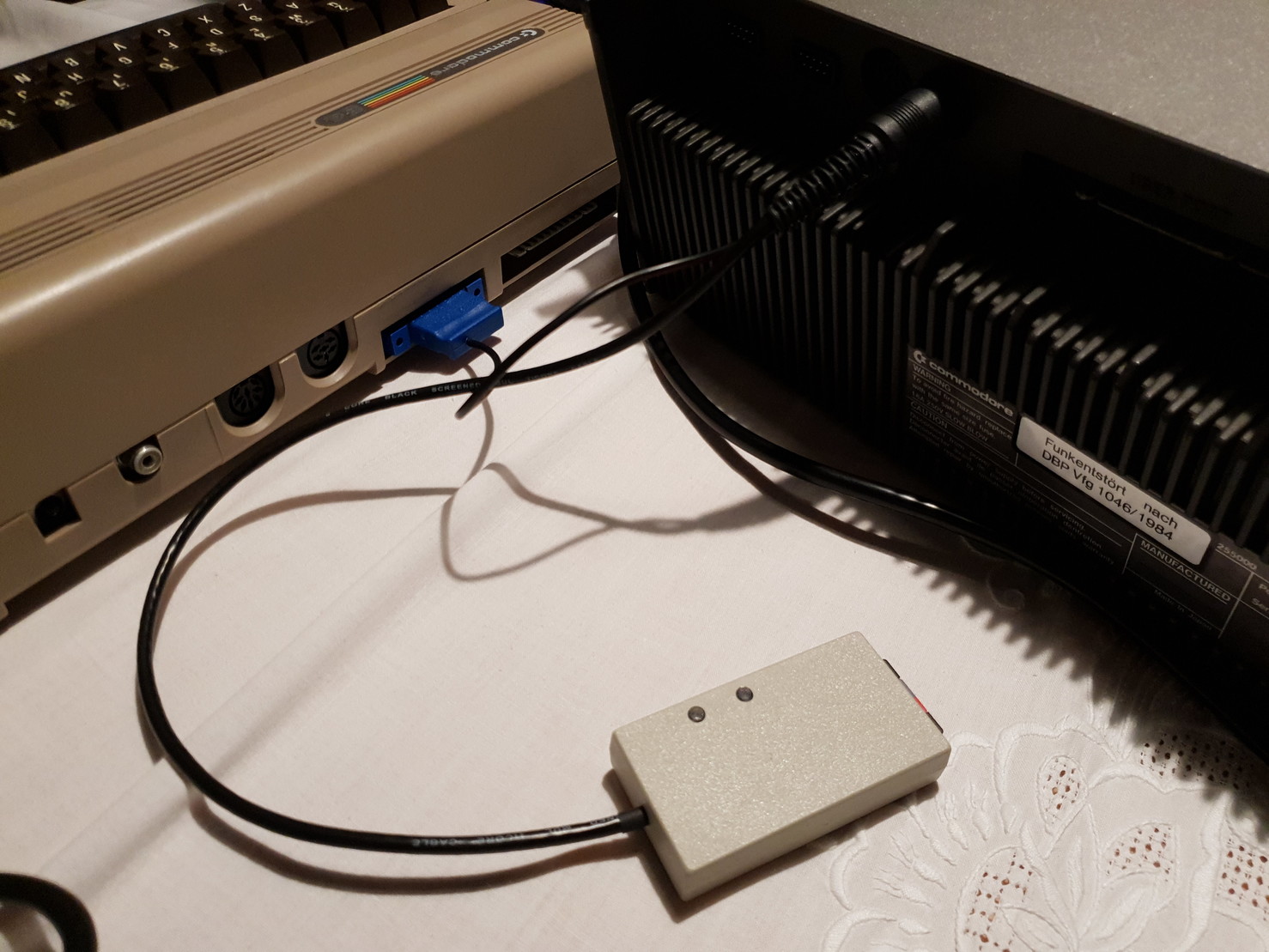 And indeed, the SX64 could still read that 30 year old floppy disk just fine and I could load and list the source of my program. I couldn’t run it directly, however, because the program was written in ‘Simon’s Basic’ which I had on a cartridge at the time. I don’t have the cartridge anymore but it’s still available as a ‘.crt’ file for the ‘Vice’ 6502 emulator. So lets run it there. Copying the file over from the real floppy disk to a virtual floppy file on an SD-card was not quite straight forward because the SX64 does not have a tape port from which the SD2IEC floppy draws its power. But the cable was long enough so I could connect the SD2IEC tape connector to my C64 for power and the serial cable to the SX64 for the data transfer. Fortunately, the SD2IEC can be programmed to act as second drive and once done, I had my program copied into a virtual floppy file in no time. 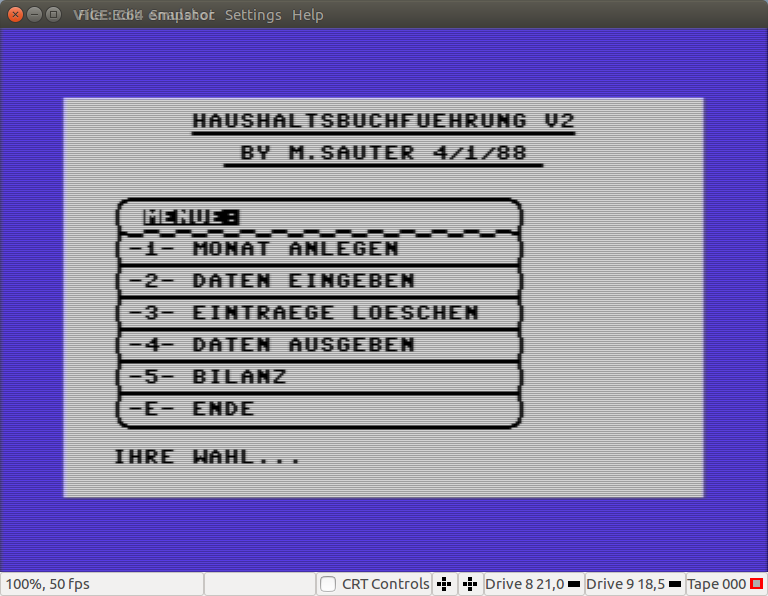 On my Linux notebook I then started the 6502 emulator, ‘inserted’ the virtual Simons’s basic cartridge and then loaded and ran my program. And it ran just like that, 30 years later and after being copied from a real floppy disk to a virtual floppy disk drive in an emulator with a virtual Basic cartridge inserted on top. Virtually Magic!

One thought on “Congress, an SX64 and Rescuing a 30 Year Old Program”