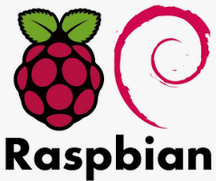 About a year ago, Debian 8 ‘Jessie’, that was the basis for the main Raspberry Pi operating system (Raspbian) for quite some time, was nearing the end of its standard maintenance cycle. Debian would continue to supply security patches for this version but not for all CPU platforms. By that time, Raspbian had already moved to Debian 9 ‘Stretch’ but I still had quite a number of Raspberries running in several locations that would have been difficult to simply upgrade to Debian 9. So the question back then was if Raspbian based on Debian 8 would still be supported by the Debian long term support team!? At the time I was not sure because the ARM architecture of the Pi did not seem to be included. So where do we stand one year later?

It looks like things are o.k.! A year ago, no information was available so I could only speculate that support might be discontinued because the arm7l architecture used by the Pis was not on the long term support list. Fortunately, I still do get security updates for the few Pis I have on Debian 8 to this day. This is because, as I found out now, Raspbian uses the Debian version for the ‘armhf’ platform and not for ‘arm7l’ and hence, the platform is supported by the Debian Long Term Support (LTS) team until April 2020.

By now I only have one Pi still running on Debian 8 while I have migrated all other services into virtual machines on an x86 server. So I could fairly easily upgrade to Debian 9 on this remaining system now. However, I think I will refrain from doing so just to see how long product support will go on. In any case it is good to see that security fixes are still delivered because many others will still have systems that can’t be easily updated. And as Vint Cerf aptly says, “We can’t afford to let any part of the Internet’s infrastructure rot in place”!