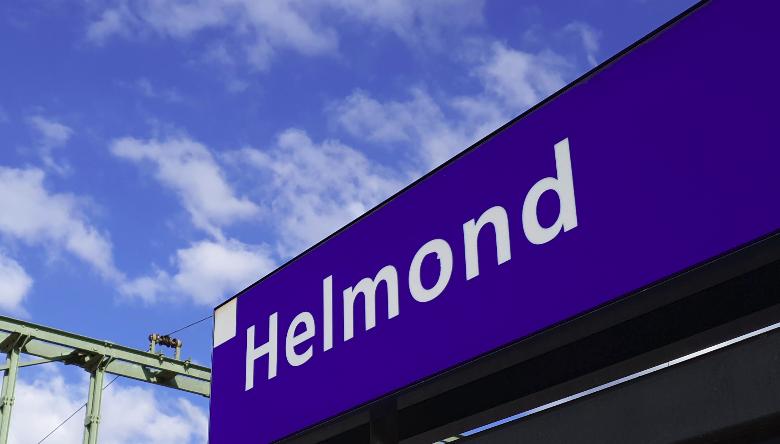 A bit off the beaten path, I’ve been to Helmond this week, a city in the Netherlands not far from Eindhoven for a very particular purpose: To visit the Home Computer museum there that opened last year. Run by volunteers, I can’t quite remember anymore how I stumbled across them on the web, perhaps it was their short videos about how they found some space at the border of the city center and how it was converted for putting their collection on display. Based to the size and significance of Helmond I was expecting a small museum with a few exhibits which is why I was quite surprised when I saw its real dimensions. 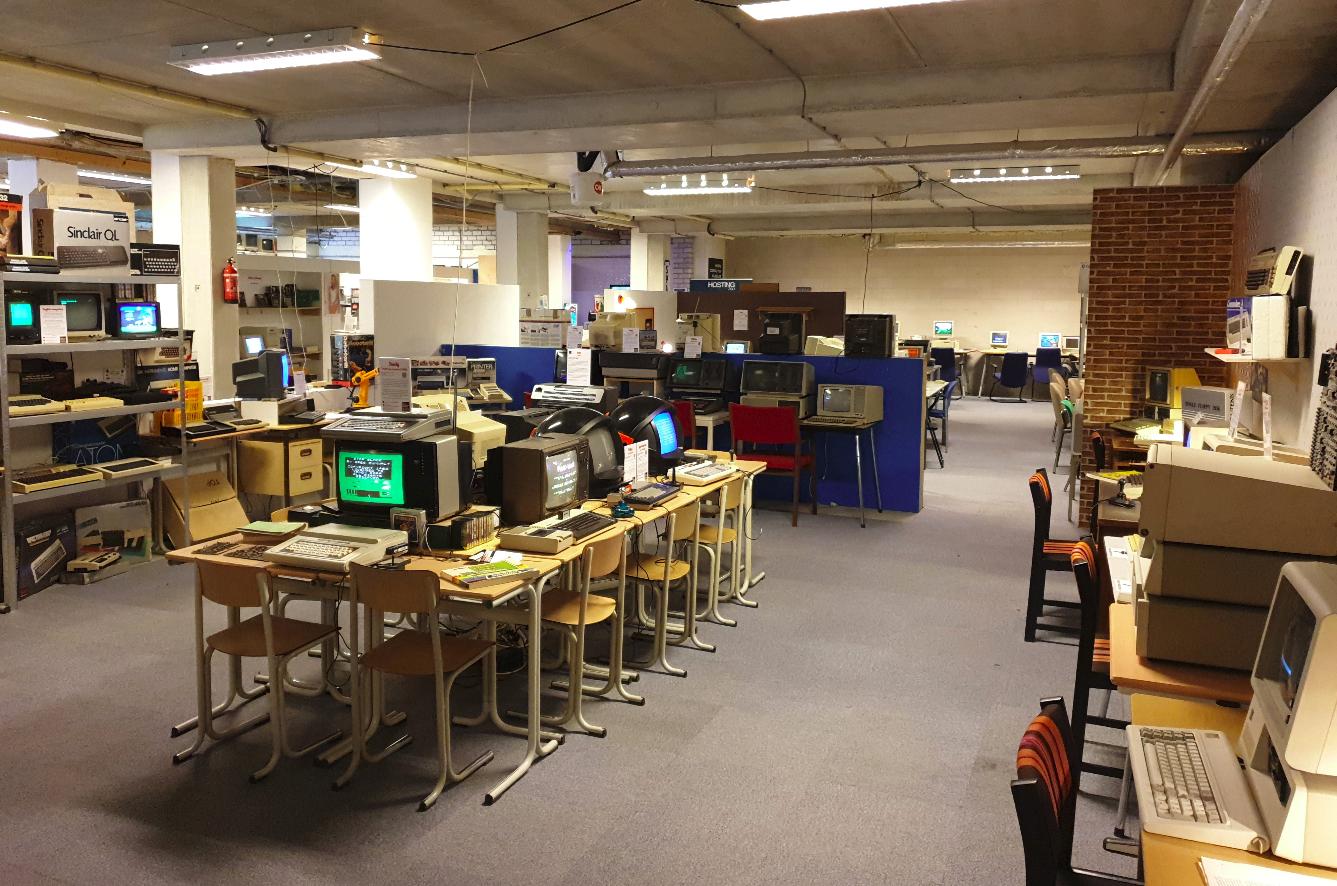 The embedded pictures give you an impression of the size of the main exhibition floor in which they have grouped all of the important home computers from the US and Europe into a number of sub-categories. The exhibiton starts with devices from the second half of the 1970s beginning with a beautiful replica of an Altair 8800 connected over serial line to a CRT with a reference to the Mark 8 and continues with the 1977 trinity, the Apple II, Commodore PET and Tandy/Radio Shack TRS-80 Model 1. The next category is home computers of the first part of the 1980s with the Commodore 64, Sinclair’s and the BBC Micro that everyone knows, to lots of other computers of the area much less well known such as the Dragon 32. Most of them are in working condition! 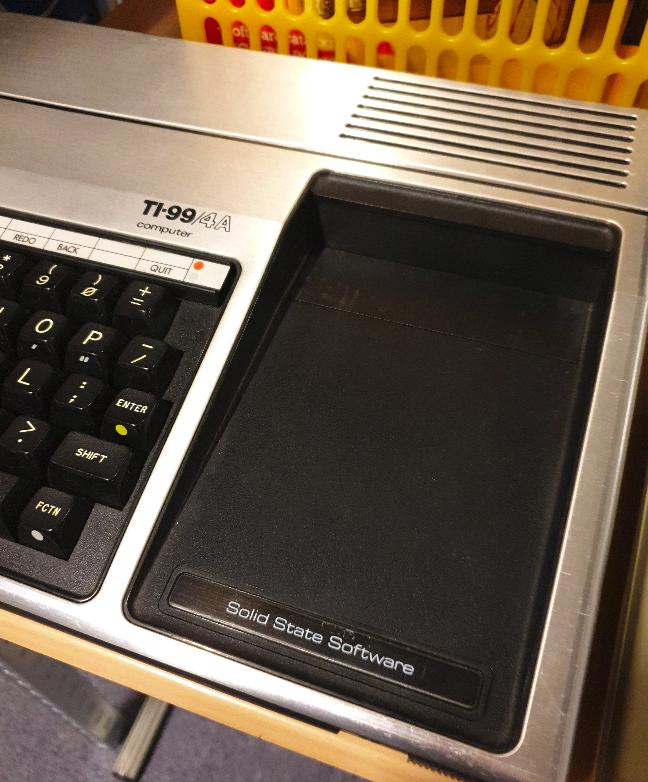 If I remember right it was Alan Kay who once said that ‘hardware really is just software crystallized early’. It looks like Texas Instruments saw this the other way round as their TI-99/4A has a slot for ‘solid state software’. Or maybe it’s just the same?

The trip through history then goes on with computers of the second half of the 1980s with Amigas, Atari STs, an Acorn Archimedes 3000, the first commercial computer with an ARM processor*, IBM PS/2 desktops and towers in such pristine condition like they were only taken out of their boxes a few hours ago. Three hours later and it was unfortunately already time to leave again so I couldn’t have had a closer look at computers of the next 15 years up until ca. 2005. Yes, they have Apple computers, too.

What took me really by surprise is the number of different TRS-80 branded computer models they have on display. When you hear about the TRS-80, it’s usually about model 1 from 1977 and one or two successor models. This gave me impression so far that that was pretty much it and Tandy got out of the computer business after those. But that doesn’t seem to be the case at all, as the musuem impressively shows with a number of TRS-80 branded business computers, even one with an 8-inch floppy disk drive. 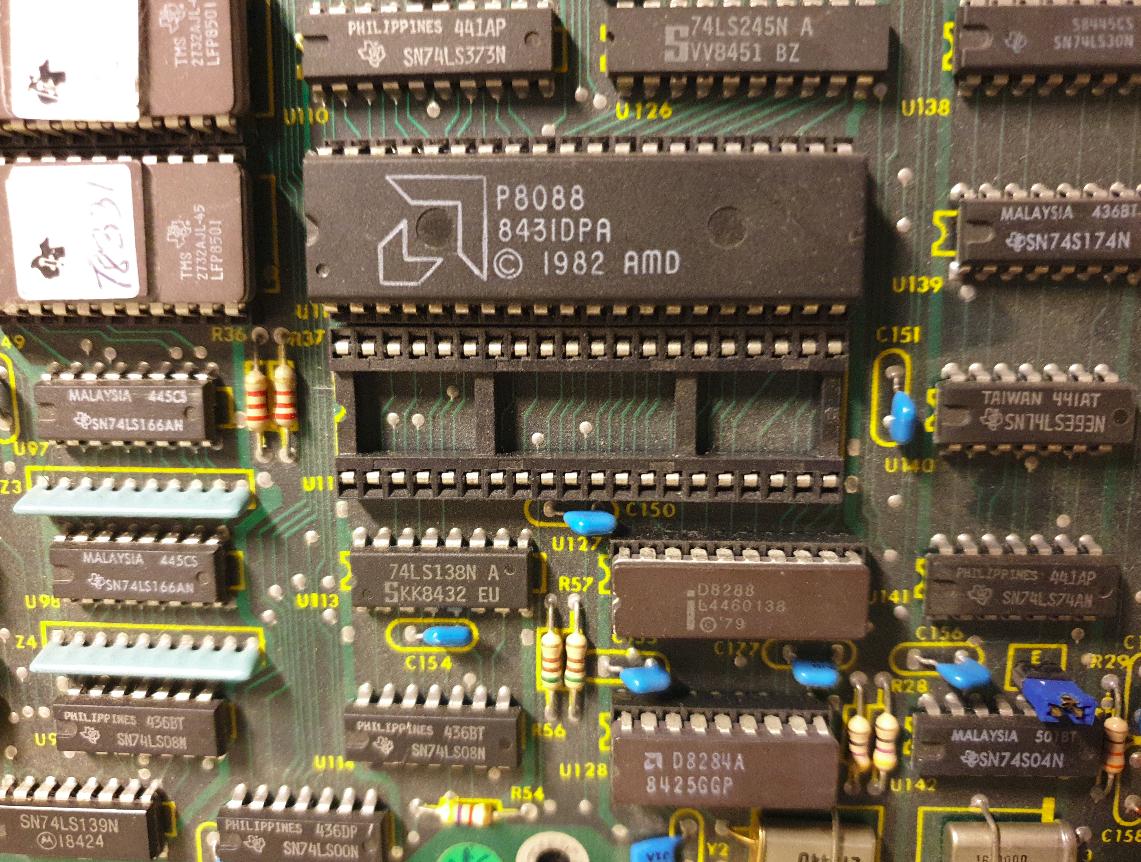 And one other thing that especially took my by surprise was to see an 8088 processor from 1982 produced not by Intel but by AMD. I guess this processor or one of its close predecessors is the reason that AMD, 30 years later, still has the rights today to design and produce x86 compatible CPUs.

A wonderful museum and crew, definitely worth a visit and I can’t wait to come back to check out things in more detail!

* The Archimedes used an ARM II processor, the ARM I was, as far as I know, used mainly on a daughterboard of the BBC Micro for development purposes.